Wargames continue in my Etinerra world. The Duchy of Pisces has been attacked by the Orcs of the Bloody Axe and their overland connection with the other Duchies cut off! Duchess Childress has counterattacked, with the help of the Southron Duchy, but the fearsome Bestials have proven to be fell foes.

I'm enjoying these wargames in my D&D campaign world so much that my next two podcast episodes are about this very subject - give the first a listen if you like: https://dungeonmastershandbook.wordpress.com/2018/05/08/episode-13-wargames-in-your-dd-campaign-part-1/

On the 54th day of Winter, Orc Warchief Murzag sent a regiment to probe the forces he’d sighted to the west, unsure if they were the Orleans Army or a new force. The Orleans Army was still recovering from their previous engagement and their pickets were not well organized, allowing the Orcs to bring their scouts to battle more quickly. 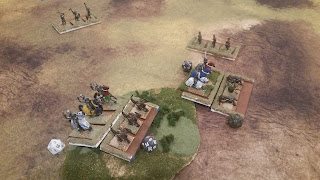 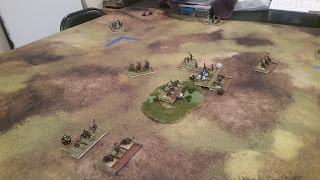 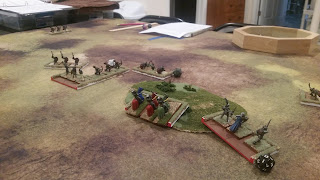 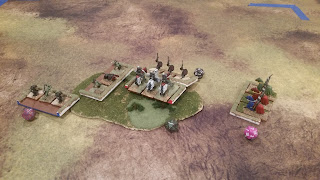 The encounter was inconclusive with neither side gaining an advantage or fully controlling the battlefield, but the Orleans Army lost a regiment due to scattered reinforcements and an inability to gain a good position against the orcs. 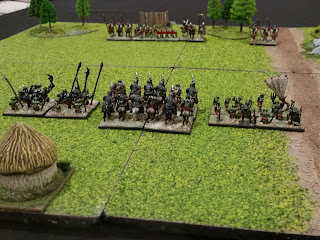 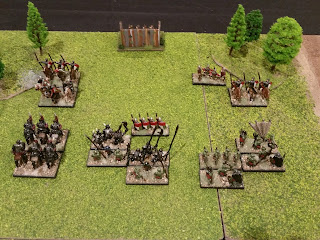 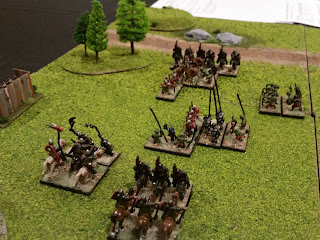 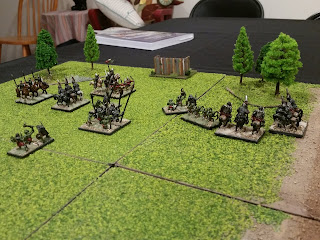 Despite a spirited defense and a battle that swung back and forth in initiative and intensity, the Orcs of Kharlorz’s Army defeated the smaller force. Marshal Cautus fought and survived the fight, but his army has been reduced to nearly a regiment, ceasing to be a sizeable force. Kharlorz was killed by Cautus and his knights, the remaining Orcs falling back in good order despite the loss of their leader.

The scales of war continued to weigh against the Duchy of Pisces as the Hashan Army was defeated on the 58th day of Winter by the Orcs led by Warlord Yagomog. 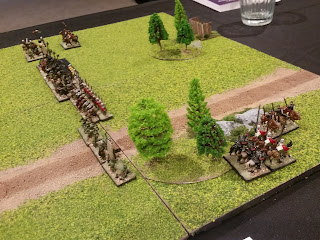 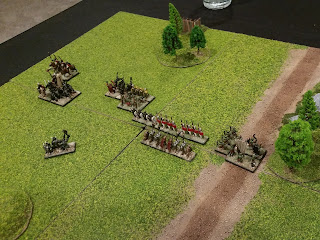 The tenacious Orc and Goblin hordes pushed the Hashan’s right flank into disarray, while the Goblin archers wreaked havoc on the human’s left flank. Both armies suffered a good number of casualties, with the Orcs falling back in good order to regroup under Yagomog's lash and push forward again.
Labels: Chronicles of Etinerra campaign miniatures wargames