How Can I Encourage Imagination?

I see a lot of DMs and gamers who try to get precision and reality into their games. "How exactly big is this hex", "How long to steep the potion before extracting it" etc. This got me to thinking... 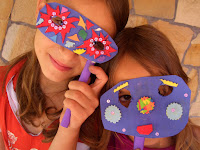 I watch my grandaughters play. They don't care. If they think it, they do it. I've seen those Barbies and toy cars and Ponies and Petshop Pets do some pretty tripped out things. (interspersed with a lot of drama, naturally.)

I've wondered why some people focus on the ultra real, the simulationist approach versus the gamist approach. I've always wanted to, as DMs and player, encourage one other to "imagine, then play" versus "measure, measure, cut... "?

I had a guy try really hard to fight with me on reddit about my three hexes campaign starters thing. He was all worked up because I didn't have a precise 6 mile scale on my maps, because I *gasp* didn't center things on the hexes or had them on the borders, and just on and on. He got really insulting about it all, and even more so when I told him my response was basically ¯\_(ツ)_/¯

It made me feel bad for this guy, because he was so stuck on "the roolz" as he sees it, he couldn't allow for someone else to do something in a non-structured way. But that's not the only example I see of this.

I get the rules and I support rules as frameworks for figuring out resolutions to actions. But I wonder what it is that prevents some people from just letting themselves be childlike and just imagine it first, then make it so. I see people get really tied up in knots before taking that first step of just imagining what you want. I saw a post somewhere - "how long do non-lethal poisons take and how do they work?" Now, I get wanting to mimic something from real life, but my first thought was "What do you want it to do? Go make it happen! We can pretend! We can make this stuff up!"

I do that a lot with my games I run. It would probably drive some people nuts - that my NPCs do crazy stuff that doesn't read perfectly as-is from the rules. I make shit up, grounded in the game, but also imagined and jacked up. I use the rules as a platform to start from. A player or two has grokked into that, and they come up with some crazy stuff too, but for the most part, even though we're old school gamers who are supposed to think versus read a character sheet, I still see patterns of play and approaches that borders on what I see encouraged by many rules systems today... do all the things on the char sheet, versus a give and take with a rules platform and open-minded referee/players.

So how do I encourage that childlike imagination at my tabletop?

I think I'm going to start asking my granddaughters for DM'ing help. "Hey, I want this wizard to be able to do XYZ... how do you think that works?"

What do YOU think? If you feel like you're good at getting that sort of imagination going, how do you do that?