Doing the Foundry/Dallimore painting method calls for contrast between flesh areas and other areas, usually by a black line. When painting the hands and feet, one paints only the tops of the digits so that there is black (or base color) between them. It's a pretty dramatic technique when done right.


Now me, I have had a hard time with the fingers. Sometimes the digits on the sculpt are not straight, or they have little creases and "breaks." I also have a pretty constant tremble in my hands, which can be very challenging when trying to draw 10 perfect lines. I struggled with fingers and hated them a little more than I hated eyes. Then I was working on some chainmail and it hit me... drybrush the fingers. 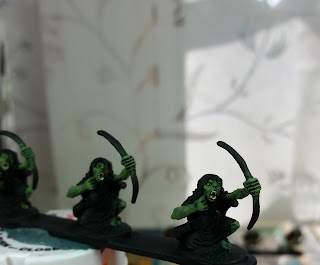 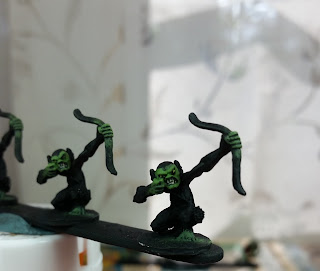 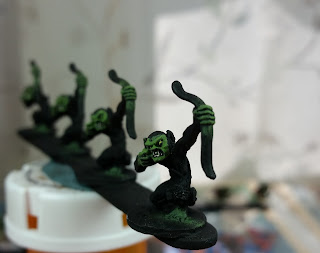 Now these are WIP - what you're seeing is the base color of a two color approach (base + highlight). If I were doing this three color, I'd paint the base over  everything, and then dry brush the highlight colors.  The brush-over on the bows and other areas will be cleaned up.

These fingers look a lot better than they would have if I was using my trusty 00 to try and make straight lines.. and it was faster. These are tabletop quality, so on a leader/character, I would go over the black areas (or base color areas) with a bit of black (or base color).

So maybe this is something you already do, or perhaps you just skip the fingers, but maybe this will give you an ah-ha like it did for me.

There won't be a post this week. VERY busy week with lots happening, including preparing for a D&D game at the most unlikeliest of events. After I'm done, I'll be releasing my updates to a very well-loved module from TSR lore.

However, next week, we'll be back at doing Chaos Wars with Fantasy Troop types and Creatures/Monsters! Release the War Trolls! 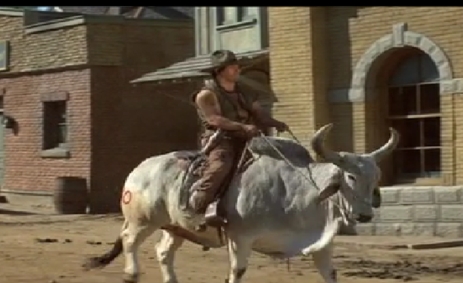