Which Ruleset? (D&D is one of many)

My previous blog post "No Edition D&D" was fun to write, but it is something I've known for a long time about my game, and I've been very comfortable with. What I've been doing lately is digging even further back into the "way it used to be done" and expanding my game far beyond just the usual tabletop RPG game.


There is a TL;DR at the end, if you want to skip all this.

I got another interesting question that  on Google+ (which has apparently become my blog post muse these days) in response to my musing about my work in progress:


Working on my "Wargames Campaign Rules" ... the first time is always the hardest, so setting up the battle between the Orcs of the Red Axe and the Southron Duchy/Duchy of Pisces is taking a little time. Figuring out little things. Getting it going via solo rules. Figuring out the basics.

To which I received the question:


What ruleset is your game run with?﻿

Well, my first response was to reply with something like this, since I had just been talking about "No Edition D&D"... 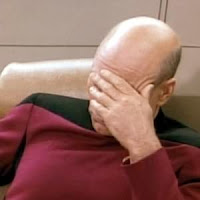 But then I realized that the answer isn't that simple... because I actually run with *many* combinations of rulesets in my campaign world. Because I run in many different scales. So the answer was a bit more complex.

The strategic/overall wargames portion is being developed based on inspiration from Tony Bath's "Setting Up a Wargames Campaign" and "Solo Wargaming Guide" by William Silvester. It's going to be another mish-mosh of rules and ideas and inspirations from across my own gaming experiences as well as from things done by others.

The strategic level takes place at the level of domains and political entities, with armies mobilizing, towns and cities preparing for sieges. It involves the whole world maps and roads that I've been sharing over the past few weeks.

When clashes happen between forces from the strategic level, the ruleset will depend on the size of forces. If we're talking an engagement that would involve armies (12 regiments make up an army), then probably HOTT. If at the regiment level (1k men to a regiment), then again HOTT, perhaps Ral Partha's Chaos Wars. If at the company (100 men to a company), then probably Book of War. I could also easily use One Hour Wargames at the regiment or company level as it abstracts out unit sizes very handily.

I'm also looking to use inspiration from Pendragon or other places to help drive NPC actions/events between seasons, to help keep the principle characters "alive." MAR Barker would go through monthly and update all 1,500 of his NPCs based on what had happened that month. While I'm not quite at that level, I do want my army commanders and domain leaders to be dynamic and to have things happen in the world that aren't just my ad-hoc decisions.

A question may be "WHY do all this?"

I'll admit, it is a bit unusual in D&D campaigns these days, although I do find it happening in games that are old school in nature. Most concentrate on the PCs, the plot and the game that expands like what we see on TV. But TV doesn't give us a chance to explore worlds at multiple scales, at the same time in the same world, not like books do. I find that idea of sliding up and down the scale immensely inspiring and seductive.

You see, I am inspired by Professor M.A.R. Barker and his Tekumel campaign as much as I'm inspired by Tony Bath's Hyborea campaign, as well as Dave Arneson's Blackmoor campaign and many others that share one thing in common... the sandbox was open to MANY different toys. Many of these games started out as war games, or included them as a primary method of playing in that campaign. The good professor is known for his wargames, and it's well documented in "First Fantasy Campaign" of how David went from just wargames to wargames with characters and then to a pleasant mix of RPG scale and wargames scale.

Another question might be "WHY REINVENT the wheel? AD&D, BECMI/Cyclopedia did this! And some retroclones and (insert your favorite game here) ..."

Well, yes, that's a great point, but something I've found in reading those is that, to me, they concentrated on the RPG/player perspective, and what I wanted was a more wargame perspective. I'm less worried (right now) about taxes and building castles and more about how to mobilize armies and move them around so that they have to fight. I'm less worried about calculating in-depth information on the peasants in town and more about generating basic information on my commanders so that I can reflect that in what my armies do.

And... ultimately... because I go back to what I like and where I come from. I'm sure your favorite game may have some tidbits worth stealing, and I may liberally steal from it at some point. I find that my campaign comes the most alive when I've built it from the ground up. Instead of using someone else's system whole-cloth. That's their campaign, I need to build/make this mine.

My goal is to eventually open this up for other players to come in and rotate around as the domain leaders - the dukes, duchesses and maybe even the Orc tribal leaders. Someday, they may even become domain rulers in their own right with their own PCs. So that eventually it's less of a solo exercise to see if the Orcs do indeed cut off the Duchy of Pisces from the rest of the lands, but rather let the players themselves hash it out and I just record the results and watch the ripples play out.

As an example of what this is looking like, the picture at the top of this post is a strategic level map, showing the Duchy of Pisces from my campaign. The scenario being played is almost at the point of a clash between armies of Orcs and humans. I'm probably going to use HOTT to resolve it. Or maybe not... there are still things to be gleaned from Bath and Silvester on how to conduct things when armies collide.

And here's my own "work-in-progress"  Wargame Campaign rules document, although it's more of a "delta" document of what I'm doing different from Bath's or Silvester's books. Don't surprised if this changes, maybe even while you're looking at it, as I'm the tinkering type and this is definitely going to be a living document.

TL;DR version - Chgowiz make his own thing because Chgowiz stubborn as rocks and wants to do it his own damn way. Chgowiz having fun. Chgowiz also pawn in game of Life.