This is the situation that Angie/Aeli ran into in yesterday's game, as the caravan that Aeli was traveling in ran into yet-another-wilderness-wandering-monster. They'd already lost one day going around a troll lair. Angie/Aeli were running low on supplies and patience. 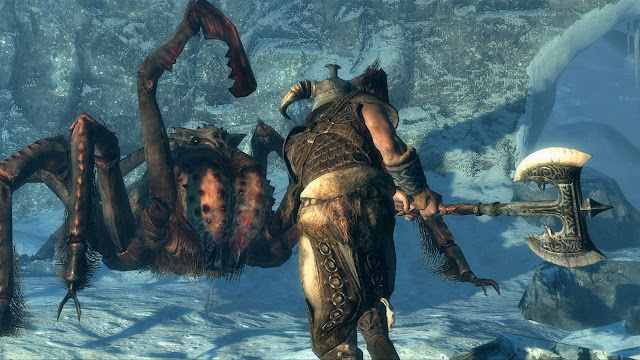 "We're going to fight." Angie/Aeli announced and I looked at the prospect of us rolling out an 11 v 16 battle. Doable... but then inspiration smacked me in the head. 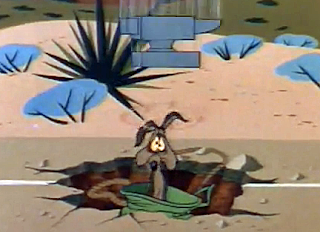 Angie sat with a confused look on her face as I spoke in half sentences while I grabbed my trusty copy of "Book of War " and set out three miniatures in front of her and removed the previous posse, then quickly scribbled some stats on my notebook.

"I'm not fighting them by myself!" she said in a worried tone.

She was concerned about "kills" and that one dice might end up killing all six of the PCs/henchmen. I explained to her that it was about the same odds as if we rolled out the d20s and d6s, and that a "kill" didn't automatically mean all were dead, but that the figure was not in anymore shape to fight! 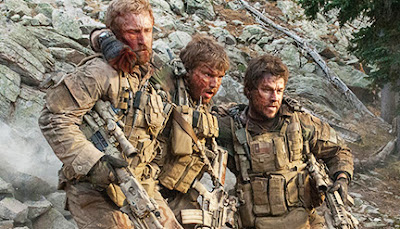 It was very tense, but very quick set of rolls. The Spiders attacked the guards first, and the results were brutal, the Spiders "killed" the figure! It then came down to a set of rolls between Angie/Aeli for the PC figure, and me for the spider figure. Two sixes later, and the spiders were dead!

I rolled and found out that out of the ten NPC guards, four had survived with wounds and simply dissolved as an effective fighting team.

For me, it was a quick leap to "move up the scale" for this one combat, and then go back down to continue the game. I used the Book of War and my "Fellowship" supplement (for incorporating PCs into mass combat) to get the battle set up. Once Angie caught on to how it worked, she had no problems with it... so this might become a thing in the future. It was very easy to make it work quickly, and to adjudicate battles very quickly.

I don't think Angie/Aeli is going to want to take caravans very often though. Facing a massive swarm of rats, delays of getting lost, delays of the attack by the Chaos Mage, going around the troll and fighting the spiders...

... and then the trip was capped with one of her henchmen getting cursed.

"Sometimes you're the Hero. Sometimes, you're muttered at..." Angie quipped as the caravan became hostile after she announced to everyone that her henchmen was cursed. At least she got a refund on her costs...