[Solo Game w/Wife] The PC findeth, the NPC taketh away

"Hi, my name is Aeli, are you a mage?"
"Why yes I am and whyACCCKKUGGGHHHKKKKKKK" *thud*
"Off with your head."
-- @thePrincessWife's new tactic upon meeting people after this past game


Nothing says "Romantic Getaway Weekend" like going up to the Chez ChicagoWiz North and playing more of the 1x1 game I play with @thePrincessWife aka. Angie. Well, that's what we did, after she had given me this awesome treasure chest and we found that our dice bags both fit.

She has found that a distant relative, Kellus Therran, was an extremely powerful mage of Law and apparently evil-mage had killed her family seeking something that Kellus had. She learned that Kellus had stumbled onto these things called "Dragon Stones" as well, but in a bid to keep them hidden and secret, he made getting the knowledge pretty fucking annoyingly hard.

After a long adventure, Aeli managed to plumb the tomb of a Chaos mage who was as powerful as Kellus and had collected some stones as well... black and green. In trying to figure out what she had, Aeli caused the arcane tongues to wag when she walked into old Kellus's formerly locked tower with absolutely no problemo.. and found out she has to go to a desert city to get more info on what she now knew to be two Dragon Stones in her possession.

So on the way there, a Chaos mage with illusion-hidden goblins and orcs tried to rob her of the stones. Well, that ended pretty badly... for said mage. He surrendered, then gloated to Aeli about her dead parents and him working for aforementioned-dickhead-mage. In what can only be described as a Deadpool-esque "oops", Aeli's mage-killing Runeblade sliced of said mage's head. Hate it when that happens... 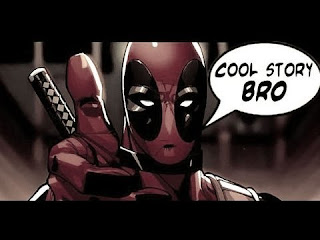 Well, Aeli heads to the Kingdom's capital, Cyrene, and gets told by her friend, the King to knock it off with the prisoner-head-removal business, and properly chastened, she finds a caravan to trek on down to Chaliam. Side note: I have no damn idea why EVERY fucking city in the Northern Kingdom starts with the letter C, but there you go. Oh wait, Westport doesn't. SCORE!

Anyway, so Aeli's in the caravan with her posse (which is up to 3 henchmen, an NPC mage who's managed to keep his head around her and 3 men-at-arms hirelings. I flex on the # of hirelings for a solo game, sue me!) anyway, she's with her posse and after about 6 days, one of them goes missing. As she's investigating this, and has sent off the other members of her posse to raise the alarm...

... did I mention that two of her henchmen had the stones? As she trusted them to guard them? 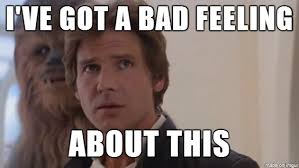 This next mage-bro sent to get the stones isn't going to fuck around. He's got 4 goblins looking like caravan guards, he's got 4 orcs looking like same and he's got 4 gnolls looking his own guard as he passes himself off as a merchant. He stays out of head-slicing, mage-detecting, magic-sword range, and serves up a distraction. As the caravan guards go running around like Keystone Kops, he does a Charm Person on one of her posse, and gets lucky as hell... as it's one of the two with the stones.

The other henchman sees this all happen and he hightails it back to Aeli yelling about something being wrong with his brother. Now it's on.

The goblins drop their illusion as they attack the onrushing Aeli. She gets past them with her mage-friend dropping Sleep and then they confront the 4 orcs. "WEB THEM!" she orders Tironell and he does so.. except this happens on the initiative roll ...

The Chaos mage learns from his Charmed victim who has the other stone, sees this clucker-fust go down and does one of these...

He sends his gnolls to tie up the heroes, casts Darkness  on the webbed group, casts Invisibility on himself and goes strolling over and gets the stone from the pack of the webbed guy. He then casts Levitate and floats away while Aeli and company are finishing off the gnolls.

Battle's over, Aeli goes to her Charmed henchman and finds out his pack with the stone is gone. Once the Darkness is over, she finds the other pack is gone.

It's at this point that my loving wife looks at me across the table with this look...

and I'm pretty sure she wanted to do one of these...

We ended shortly after that. Good thing it was Valentines Day and I had a few quatloos in the "good" jar or it would have been a really shitty night!

Now obviously a couple of things come to mind...

.. it was luck and some great rolls that the Chaos Mage was able to do all this. The henchman blowing his save. The simultaneous initiative roll right at the moment that the other henchman would get webbed, and therefore easy to pluck the other stone from. The fact that Aeli didn't get close enough to the Chaos Mage for the sword to detect the "Corruption" and do it's arm-joining thing. The bad rolls that Aeli had for her moves.

... and when you have two world shaking, powerful artifacts, the best of the best are going to come at you. This was the first time Aeli had faced serious arcane power and I have to admit, I was pretty impressed by how it went down, playing the mage as smart as I could.

So both Aeli and tPW are a little pissed. She's going to push on, and I'm pretty sure the next Chaos mage she meets.. he's not going to have a fun time of it.

I think it's pretty damn awesome. Nothing like a hero who loses their things to really motivate them to rise to even higher achievements. Because this story really has only just begun...