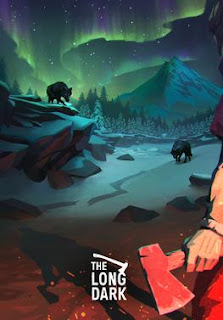 Cold. Hungry. Thirsty. Wolves howling around me. Nighttime is coming, and I need to get back to shelter and fire.

Not a Skyrim fantasy game or a Fallout post-apocalyptic game, nor a dungeon crawler or high fantasy adventure. I'm playing a very tough, very unforgiving, resource-management-extreme and yet completely satisfying video game these days... The Long Dark.

Wikipedia describes this game as: "The Long Dark is a survival game set in an open world environment and played from a first-person perspective. The game takes place in the frigid Canadian wilderness where the player assumes the role of a crash-landed pilot struggling to survive after a global disaster. The gameplay is stated by the developers to be a 'survival simulation that accounts for body temperature, caloric intake, hunger/thirst, fatigue, wind-chill, wildlife, and a host of other environmental factors.'"

It's not a survival trainer - there are a lot of things about this game that are simplified, unrealistic or just simply not something that one would know/do. I can honestly say that I know what I'm talking about - both from military training and my experience at the Boulder Outdoor Survival School - 14 days of primitive survival training and experience. OK, I probably sound like quite the crazy old dude with that -- it was my mid-life crisis experience and it's one that even a decade later, I haven't forgotten. 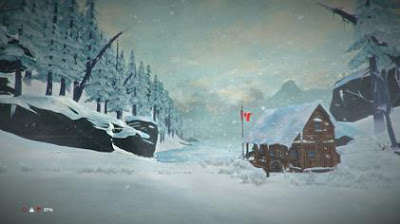 Back to the game... it throws you into the Canadian wilderness with a random set of gear, in a random location (based on the map you pick or the completely random drop). That's it. No tutorial, to speak of. Death is your tutorial. Live. Die. Try again. I've died from starvation, from cold exposure, from wolf attacks. Yea, the wolves. In this game, a "geomagnetic" storm served as a global EMP and shut it all down. It also affected wildlife in that they are much more aggressive than in real life.

You watch your calories burn down. You watch yourself get colder and more thirsty. Your tools? Scavenge like a mofo. Use skills like cooking, repairing clothes, carcass harvesting repeatedly and you "learn" by doing. You take advantage of what was left behind. You come up with a strategy (or not) of survival. 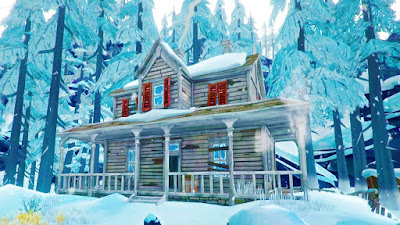 The draw to those of us who like the older versions of D&D is clear. It's a video game simulation of the old "Outdoor Survival" boardgame, which was a suggested accessory in the 1974 OD&D game. It incorporates the old school concept of "permadeath" in which you learn by doing and dying, making each choice important and relevant to the game and character you're playing. It's core game is a very intense resource management that you have to do in what you can carry, store and consume based on quality (food degrades, items wear as you use them, and there's no blacksmith to replace that knife, unless YOU make one.)

I find this game so satisfying and so gripping. Each day of survival is another win. Each mistake that I overcome is a major victory. The quiet footsteps in the distance... is that a deer? A rabbit? Or...dammit... a wolf! The crows cawing in the distance represents a possible food source, or danger. I have to get over the next rise, crouch and hope it's not a carcass guarded by a hostile predator. All of this is in a game that has consumed quite a few hours for me.

I was originally hooked on this game by the enthusiastic Google+ posts penned by Michael Curtis - he of "Stonehell", "Dungeon Alphabet" and DCC fame. I downloaded it and was hooked, even though my first character froze to death, hungry and wandering. We have a Google+ Unofficial community there - there are 4 of us posting regularly. Trading tales of victory and woe. Sounds like D&D, huh?

As of writing this, The Long Dark is on sale at Steam for $8.75. The sale ends on January 4th, 2018. It is worth the price. It's normally $35. I highly recommend this, if nothing else, to get a feel for what playing "Outdoor Survival" in a 1st person video game would be like.

Be warned... it tends to be addictive!
Labels: The Long Dark