I've come to really look forward to the December AD&D game. This is the game where we do a potluck holiday feast.We had a great time! It was a fun afternoon spent with people that I count as dear friends.

Here's some pics of the feast! The rats-on-sticks were yummy, though they split open this year! I think the cheese center was just too big and when they melted, they split the meatball open. Either way, they were a big hit! I really enjoyed the D20 waffles (made with the bones of Fergus's enemies!) and the cookies and candies... it was all good!

I have the most awesome players in my games! 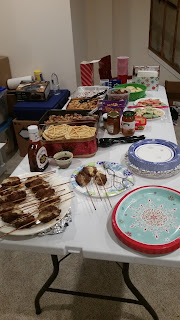 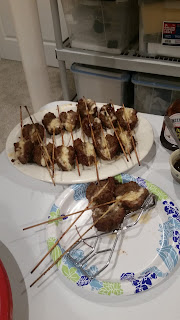 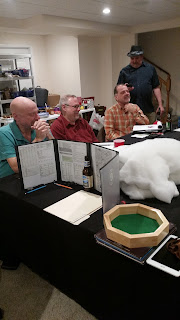 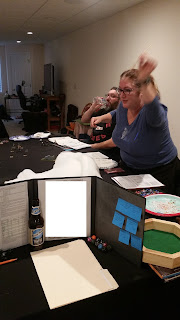 Edited to add: Derek, one of my players, captured a great picture of the ruined tower that the Heroes were trying to get to, only to be daunted by a ferocious attack of Chaos creatures! 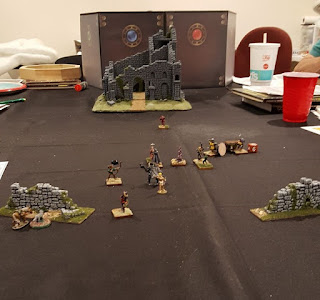