June was a busy month for me, preparing two 15mm HOTT (Hordes of the Things) armies in preparation for a game night on July 2 with the Chicago Skirmish crew. The armies were challenging to get together in one month, as this represented 120 figures and horses to paint and base. It was quite a challenge, but the end results were worth it.


The figures in action (because I would much rather see figures on tabletops than being pretty): 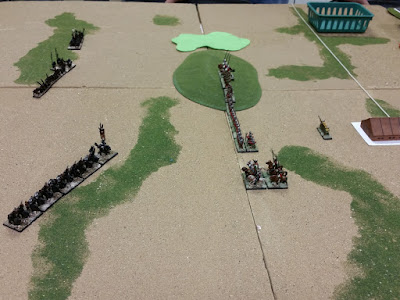 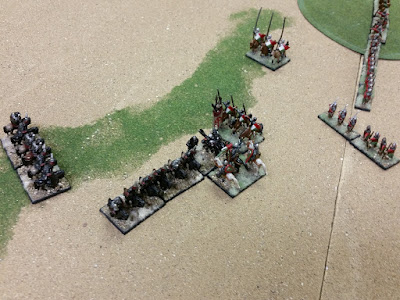 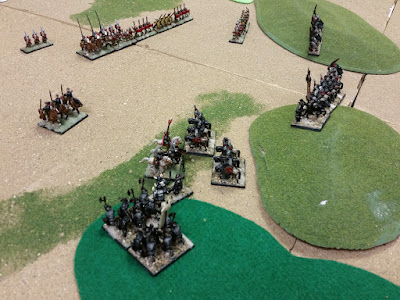 Pictures of heir catwalk moments, the armies of Humans and Orcs from my Dark Ages campaign. The colors and heraldry are the way they are depicted in the campaign for both sides. Work it, gurl!


A funny story from this month's painting though, that I started out intending on painting a goblyn army and ended up with an orc army. The things you'll discover when stripping bad paint jobs from minis you order over the Intertubes.