ThePrincessWife and I have slowly been ramping up the frequency of which we play our 1:1 game, first started in 2009, on hiatus from 2011 till this year and now hitting about a 1x/month frequency. What is getting to be fun is that she's finally reaching points and pivots that I've had set up in my mind for years, a decade for a few. The joy that I experience is seeing her explore and uncover these things and the number of "OMG, this is cool!" look on her face.

So, to recap what this game is about:
1. Angie's character, Aeli, is a 20-something black sheep of a family who is an aspiring adventurer. She meets tall/dark mage named Calypso, she lets her guards down, mage murders entire family, girl wants some serious revenge.
2. Through a series of adventures, Aeli finds out about her heritage, the name of "Therran" is linked to one of the most power wizards ever known, Kellus Therran. He helped to found a magic university called "Thyckletray." Kellus was a bit obsessed on magical creatures. It's likely that Calypso wanted something that the family had, related to Kellus which explains the murder.
3. Aeli forms a posse and starts exploring a wizard's tomb from the time of Kellus - a minotaur-chaos-evil mage named Alaxus. She finds a magical mage-slicing sword called the Runeblade and uses it to whack Alaxus dead. Again. She finds this black orb that at one point stares at her with an eye.

4. Aeli goes to rescue some farmers from a "dragon like" creature (dragons are legends/myths) and stumbles onto another tower built by Alaxaus. There's a green stone here. Now she has two orbs. (Dirty minds, you perverts!). She starts having bad dreams in which dragons (green and black) talk to her. She decides to head to the city of Caleston to seek out the school of Thyckletray and find the Tower of Therran - there's gotta be answers there, right?!

OK, so we're up to speed on what's going? She's about 5th level, known throughout the lands of "The Vale" as the Hero of the Vale. She's a regional hero. With a magic sword. But see... now the caca is about to hit the whirly-whirly.

So this past weekend...

1. Based on inspiration from this picture last week and from an old comic "Witchblade"... 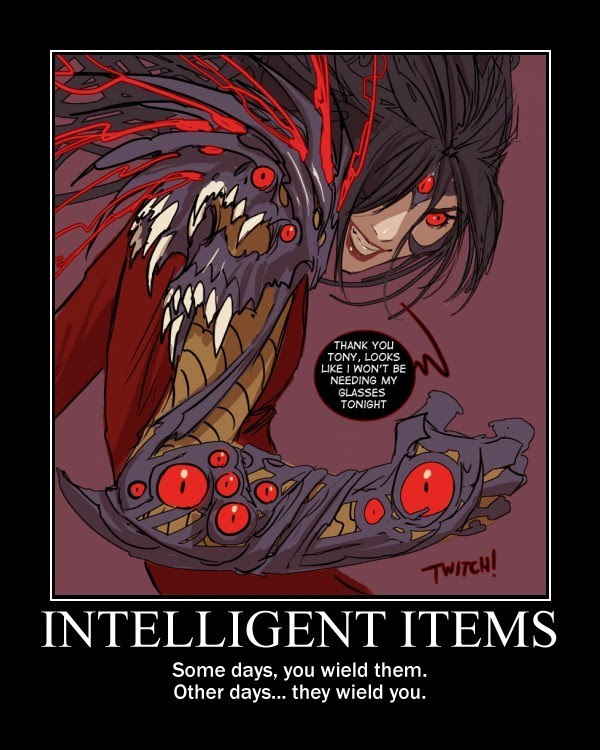 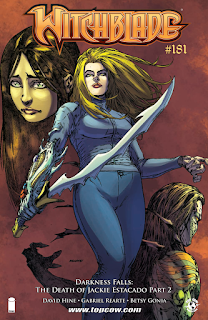 Aeli finds out her sword is intelligent by waking up and finding it has molded itself INTO her arm. ("You mean I should talk to it?!?") It's got a mind of its own about its mission. ("My purpose is to destroy Corruption - the dark, chaos mages") She asks it to go back to its original form and it agrees. For now...

2. Aeli reaches Thyckletray which seems to resemble a psychedelic mashup of a freakshow, Hogwarts and a castle. She enters the Therran Tower, something nobody else has apparently been able to do for centuries. After being greeted by an Unseen Servant bearing a tray with a goblet of wine on it, she's take up a flight of stairs into this: 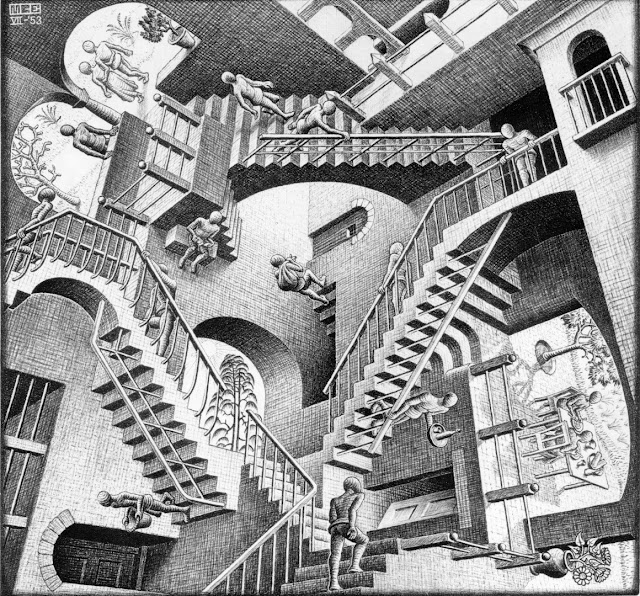 Fortunately, another Unseen Servant with a candle takes her to a library, where she meets Kellus Therran himself! Well... more like she meets this:

Apparently Kellus created an illusion of himself with the knowledge and thoughts he had up till then, as a fail-safe in case he was killed. He apparently was on the cusp of a great and dangerous discovery, which included the Dragon Stones - the orbs that Aeli has found.

3. Aeli has stumbled onto some "Lord of The Rings-like stuff." (her words) Oh, yes she has. Kellus believed that men and the other races had lived in the lands in the distant past, as slaves to the dragons and the men/races allied with the dragons. At some point, they threw off the yoke, but abandoned the lands as they were decimated in the rebellion. Having forgotten the history, men returned and the other races flourished. Except that some mages had found hints and evidence of the ancient times and sought to exploit that power. The Dragon Stones summon dragons and pair them with a single person. (Think of something like a "host" and a psychic symbiot - ala Dragonriders and the Trill of Star Trek, but not a physical joining).

4. Now Aeli has to travel to the desert city of Chaliam, where she has to solve a riddle. "The Tower is in Chaliam, but not in Chaliam. Find it and enter it." Kellus thought his tower's defenses might be breached, so he only gave this illusion so much knowledge. She has to go there to get more.

5. Aeli used the Fighting Man Cleave rule from my houserules along with the Fighting Man vs. <= 1HD to do some Whirlwinds of Death on a pack of attacking goblins. She also got sidetracked by an old ruined manor, defeating a giant snake (Web! Arrows! Done!) and opening a giant stone chest to find treasure.

I love these games where there are big reveals and scary moments "The tunnel in the grass, entrance surrounded by the skeletons of various creatures. Tunnel is at least half human height. Wanna go in?" The look on Angie's face with the sword and the reveals about the Dragon Stones was worth the wait. And now she travels to Cyrene to catch a caravan to Chaliam. My inspirations for both... 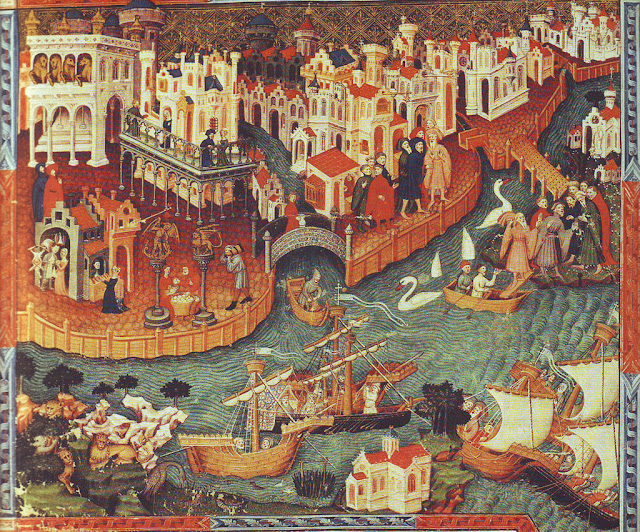 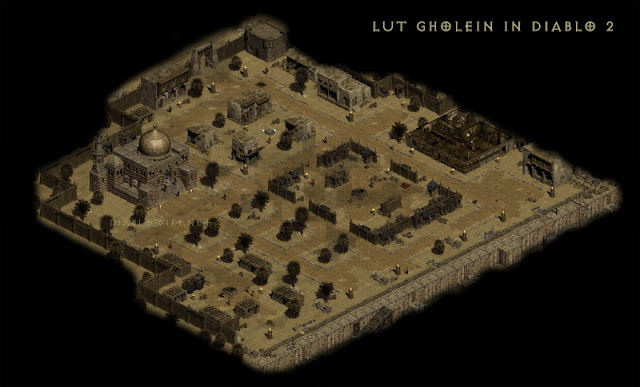 And if you played Diablo 2 as much as I did, you'll remember the Act 2 soundtrack. One of my favorites was the music for the desert, aside from the music in Act 3 - Kurast/Jungle. Entire soundtrack here.

I steal from EVERYWHERE!