“Know what the sound a new recruit makes the first time they underestimate an orc? It’s usually one scream if they’re unlucky, none if they are. There won’t be a second scream, ‘cause they’ll be dead.” – Legion joke

“Men have long underestimated the intelligence and capacity of orcs. Branded as bestial, seen as brutes, what they refuse to understand is that orcs are the product of their environment. Elves have long said that orcs seem to take the best of the civilized worlds and then reverse their intentions. If left alone, the orc camps will stay to their own, even at times having established trade with local villages and small hamlets. However, once blood is spilled, the orc tribes respond with a fury unmatched, their sometimes superior weapons scything the Legions as the blade does the grains at harvest time.” – Mark Te-ellen, Historian, The King’s Legions – At the Cusp of the Twelve Century (written – 1077 AD)

Orcs are a race of humanoids, large and pig nosed, tribal, violent, intelligent and cunning. They have an uneasy relationship with humans, elves and littlelings as long as any can recall through written or oral histories. Long living in the mountains across the lands, they kept to themselves in large camps or caverns, choosing to not advance themselves much in technology, save for weapons. The orcs were reknown as weaponsmiths and inventors of efficient and creative ways of killing each other and others.

As the Doom fell, the orcs joined the Goblyns and Ko-balds in the wars against Law. In the tumultuous years following the Doom, orcs savagely beat back the humans and at about the year 30AD, they looked nigh unbeatable. They suddenly stopped. Where orc camps had once stood, within a Winter season of 31AD, they were deserted.


Notes: My main inspiration for orcs was not from Tolkein or standard D&D tropes. Instead, I took cues from three unlikely sources - Planet of the Apes (1968), the Elder Scrolls and American Indian history and tactics. 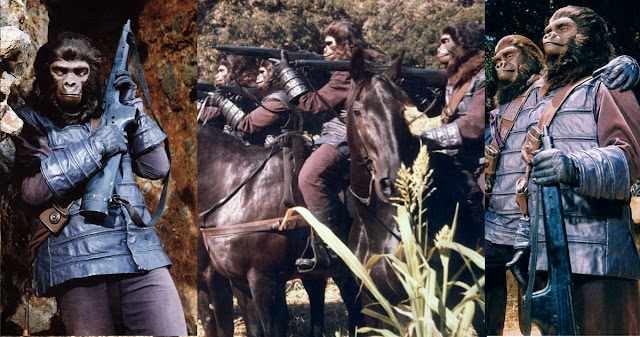 The apes in PotA - at least as they were originally filmed - filled my childhood mind with fear and with curiosity. Could we have lived peacefully with a separate race on our planet? Or would our own instincts and fears take over? Those apes pictured there had purpose, intelligence, history, traditions, laws and a lot of our own vices and failings. They were smart and although not quite pictured as equals in the movies, I think a far more interesting scenario would have been, what if they had been smarter/better than the astronauts as well?

So I was pleased to start learning about Orcs (also known as Orsimer - one of the **ELF** races) in the Elder Scrolls canon. Smart, deadly, virtually unmatched as warriors and as weaponsmiths, aside from maybe the long-lost Dwemer (dwarves) - they served to give me more inspiration on how to present orcs to my players. 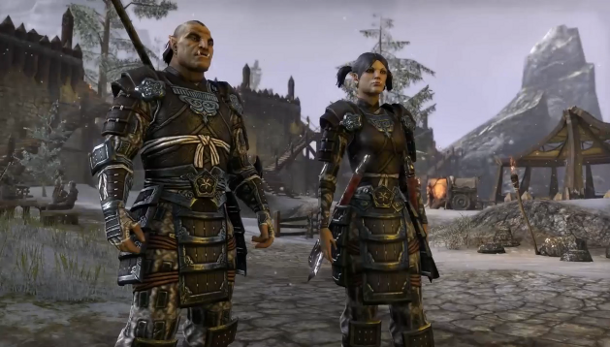 My view of the orcs in my campaign are similar to the tribes of Indians who lived and died mostly to themselves, they would (mostly) live in peace until roused to anger in revenge or in war with each other over resources.

The folks from my previous run through the Dark Ages remember the orcs, how deadly they were, how they used tactics and ruthlessness against the players. And then these strange devices called "deathsticks" which spat fire and the PCs gods declared as "anathema."