Yes, I am crazy about my campaign! #NotSorry

A good friend of mine looked at me yesterday after our D&D game and asked me "Are you crazy?!?" - this was in response to that I'm thinking of running an online Roll20/discord game in my campaign world. 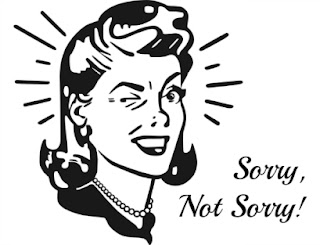 Yea, I probably am. This is a world that has been in the forefront of my thoughts for nearly a decade. The NPCs live in my imagination like some of my friends - I can imagine conversations, I *know* how they'll react. I see the world and all the things going on within it. I see so many stories that can be told and I love seeing the lives that my players carve out.

I have a guy who's been patiently, for nearly all 9 years. carving out a name and reputation within the fantasy version of the Catholic Church. He's probably going to be one of the ones who will do the domain/kingdom thing when he hits 9th or 10th level. I have another guy who is already a "king" but now has to prove it and solve mysterious visions he's been given of the apocalypse that the world is currently living in. I have a third player who's started a cult and despite how much he pushes the rules, he's done the most to promote his god. Although the other players kid him, his god right now is pretty damn powerful. I'm waiting for the player to realize it and really tap into that.

I have players who have spent almost 4 years playing in an online game that hasn't been a year game-time, but they carve stories and emotions out of words and a few images. I have a stalwart fighter, a as-true-as-they-get littleling (halfling) player who always makes us laugh, a cleric who's actions probably evoke the most faithful and true priest you could imagine, a young mage who could give Luke Skywalker a run for his money and an elven mage who has suffered through some serious indignities and conflict and keeps coming back.

I've had at least a hundred people at conventions and events contribute their stories and play into this same world. Characters who struggled against an evil powerful enemy reborn into the world. Who've fought battles of armies and told great stories through the struggles of their forces.

It's just amazing. And addictive. Compelling. If I could play weekly in my world, I would.

So yea, I am crazy and I'm thrilled to be doing it. The players, the world and how it unfolds is what drives me to be a DM in a homebrew campaign.
Labels: Chronicles of Etinerra campaign dark ages campaign