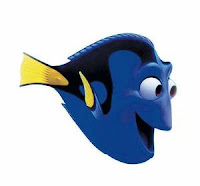 With memory like a sieve, I'd long ago lost notes, forgotten points and just generally didn't remember much of anything about the campaign from 4 years ago. I had run my players through an adaptation of a module, combining parts of the "Ruined Monastery" from Fight On #1 and another module. Tossed in my special sauce and voila... except that it had been mostly in my head.

Fast forward 4 years and the players tell me "We want to explore the Monastery!" Well, great... except that in game terms, 2 seasons have passed, and something MUST have changed. But... what would remain the same. And where the hell are my notes.. oh no...

You see where this is going. Fortunately, I have an answer... Obsidian Portal Adventure Logs! Yep, my players were writing up their adventures in my campaign world for XP. And those logs saved my ass in recreating what I had put them through. It helped to know which room the Dwarven Watcher corpse was in, which room had the torture equipment and what was waiting for them in the twisted vine garden. (Here's a hint: "fat, bloated, bird-legged things").

So... it doesn't have to be perfect, but their recollections were enough for me to springboard off of, remember some vague ideas and now start codifying the hell out of them. There are 4 shiny new one page dungeon documents in my "Keys" folder now, waiting to spring their hellish tortures, I mean, their golden opportunities to the players when they brave the Ruined Monastery again this Sunday. 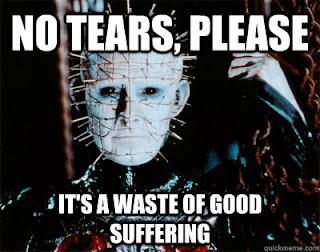 And players... you're getting that a new bonus - + 10% XP for whatever you earned that session for doing writeups for the Obsidian Portal adventure blog.