Starting a Roll20 game set in my Etinerra world

Come play in my decade-long AD&D campaign on Roll 20! 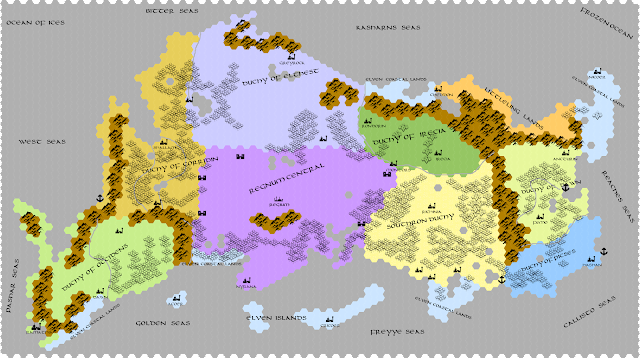 I'm looking for players who would like to play in my Chronicles of Etinerra AD&D campaign world. This would be online, using Roll 20 for the tabletop and Discord or Google Hangouts for voice.

In a nutshell, Etinerra is a fantasy post-apocalypse world, where civilization is in retreat, the Bestials and Dark Ones seem to have the upper hand, and heroes are needed to push back the tide of Chaos!

Interested? Let me know! It would be awesome to game with you!
Labels: Chronicles of Etinerra campaign D&D