My previous forays into learning Chaos Wars was geared mainly towards getting an understanding of the mechanics. Last night, I asked my friend and his son to come learn Chaos Wars and conduct a battle in the ongoing wargames campaign taking place in my campaign world. It was a wild, fun game and I think I've made two converts to the Chaos Wars system! 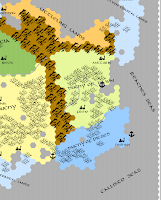 The back story for the battle...

The Duchy of Pisces was formed in 31AD after a series of tragic events struck the Duchy of Dawn. Dawn was thrown into chaos after the Yuligan family was killed and the lands were overrun by the Orcs and Goblyns coming from the Sithasten Mountains. The noblewoman, Caro Childress, established the Duchy of Pisces south of the Foamflow River and with the help of soldiers and supplies from the Southron Duchy.

This past Spring season, the Orcs streamed out of the southern Sithasten Mountains and captured the narrow land bridge that joins Pisces to the Southron Duchy! It was a bold move, but with the orcs overrunning the remnants of Dawn, this represented the next move in wiping out the humans in the Eastlands. Duchess Childress rounded up almost every available fighting man and woman she could find and has marched armies towards the Orcs. Despite a rainy fall that brought travel nearly to a standstill, the Piscean forces are in place. Now the probing and skirmishing begins.

The scenario for this battle was taken from Neil Thomas's "One Hour Wargames", which I've come to treasure not only for the rules, but for the scenarios and rules supporting them. This scenario, #4 - Take the High Ground, is perfect for a probing skirmish. The Red side (Orcs/Goblins) are holding a hill with a small force. The Blue side (Humans) come in force from the south to take the hill. The Orcs quickly send reinforcements from the north on the second turn. Victory is whoever holds the hill at the end of ten turns. Perfect! 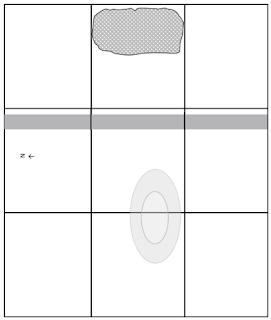 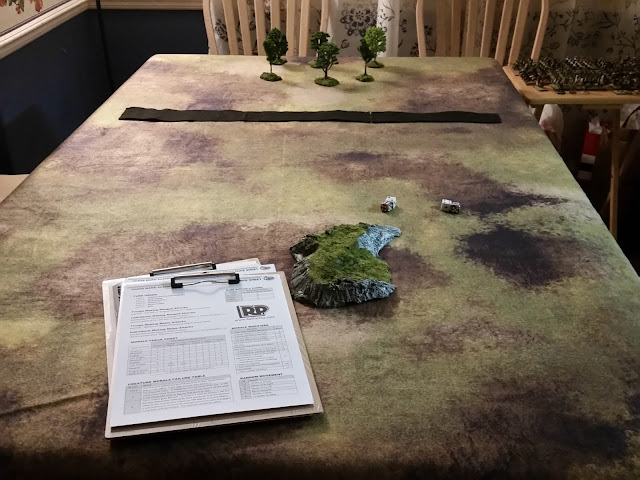 Here's the belligerents, ready to get on the table and get it on! 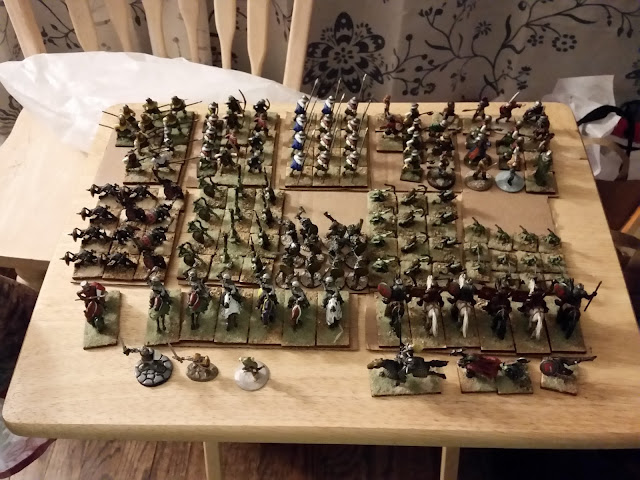 After a quick run through of the basic mechanics of Chaos Wars, Chris and Alex chose sides and began setup. Alex took the side of the Bestials and placed an Orc Infantry and Goblyn Archer unit on the hill. Chris set up his Human forces and combat began!

Right away, the fight is fast and furious for the hill. Alex pulled his archers back off the hill, and after getting flanked, the orc infantry suffered grievous losses and broke. For now, the hill was in Human hands! 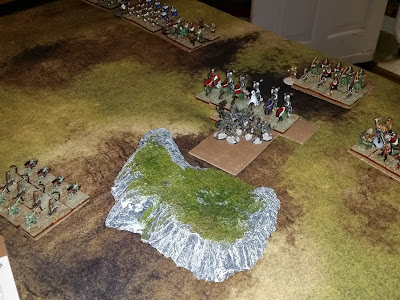 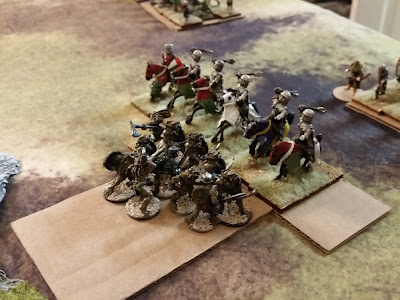 Alex brought his Orc and Goblyn reinforcements straight down the road to take advantage of the extra movement. The ensuing scrum was described as a "jigsaw puzzle" as forces moved and flanked to get extra help. 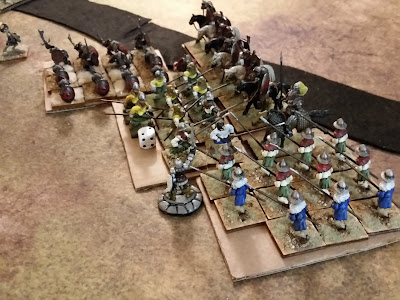 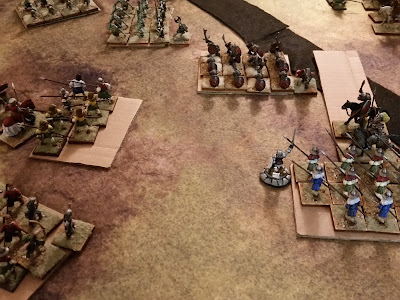 For two to three turns, these scrums ate away at both sides until units started failing morale checks and routing. It also became an attrition of leaders, as Alex used the "Personal Challege" part of game to eliminate the Human Major leading the forces! This helped him as it forced the human pike to fail a morale check and they routed off the table - destroyed!

Thanks to some great dice rolls, though, Chris was able to defeat or rout several Bestial units and the pendulum swung back to the Humans. Soon, it was down to three Human units versus a depleted Orc Sword and Goblyn Horde unit, and both of those Bestial units broke. Chris pursued, continued to cause casualties (which prevents a rally). Given that there were only two turns left, I ruled that the Humans had won the day! 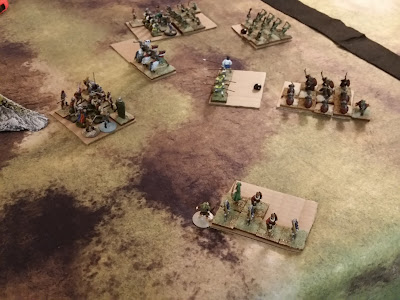 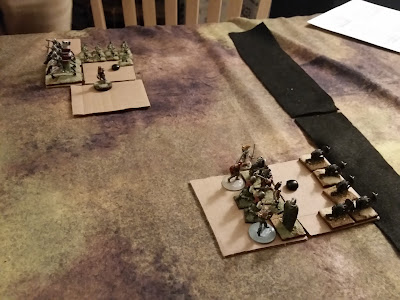 Between the influence of leader losses, morale losses and some good dice rolls for the humans, it was a crazy battle. It was not a done deal until the last couple of turns. And we hadn't included magic or war machines either!

As I told them, this battle will influence what happens between the Hashan Army and Orc Army of Gruznarz el'Ghattan. Every game counts in my campaign!

And I think I have two new converts to the Chaos Wars game as well. They had already bought dwarves and undead in the last Ral Partha Kickstarter, so the seeds have been planted...
Labels: Chaos Wars Chronicles of Etinerra campaign dark ages campaign wargames