I'm really excited to announce that I've joined the Ral Partha "Pipeline" as part of their Chaos Wars Demo Team.

It's no secret that I am a big fan of their line of miniatures - have been since the early 80s with both their fantasy figures and their Battletech line.  Their two successful Chaos Wars Kickstarters have seen a chunk of their fantasy lines re-released and the game rules itself have been updated and refreshed for 21st century fans.

My job will be to go to conventions and game shows to promote Chaos Wars and run games, both for old pros and new fans alike. I know for sure that I'm running games at GaryCon in March, Little Wars in April. I'm hoping to run games at GenCon in August and GameHoleCon in November. If I could figure out a way to swing the airfare, I'd make it to NTRPGCon, bt we'll see...

This past Saturday, I drove down to Indianapolis to Saltire Games (http://www.saltiregames.com) to get some training. Saltire Games is a great little game store on the northeast side of Indy. It's owned by Phil Herthel and JD Cash. Besides having great games, they have a ton of open space and were very accommodating to the group of us. 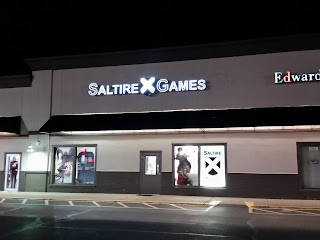 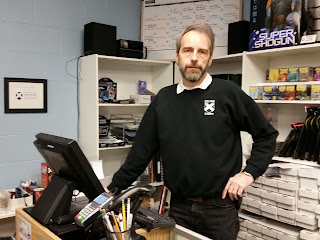 I got together with Rich Smethurst, Jacob Fathbruckner (of Iron Winds/Ral Partha) and Norman Dean (another Demo Team member) to push some metal around the table and learn the ropes of running Chaos Wars at conventions. We tested a scenario I'll be running at GaryCon. The time passed really quickly with this bunch!

Jacob contemplates the Bestial forces across the table - the miniatures, not the players! Meanwhile, Rich and Norman talk shop. 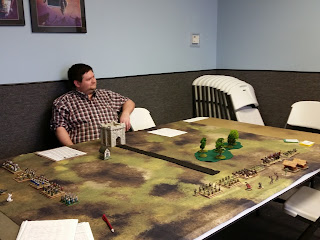 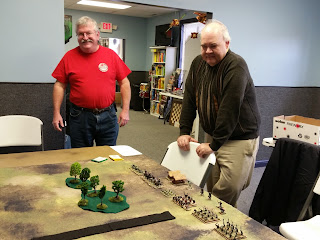 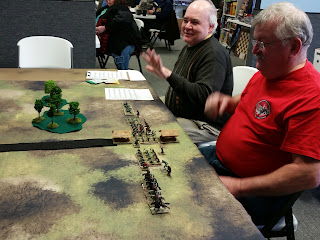 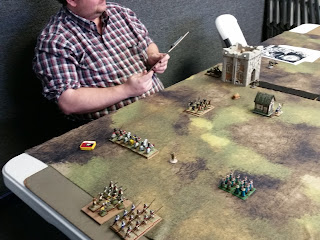 That look on Jacob's face is the "Crap, why don't the dice like me?!?" look. The forces of Weal and Woe clashed, magic spells flew, arrows and bolts flickered across the board and shields splintered as both sides fought hard. 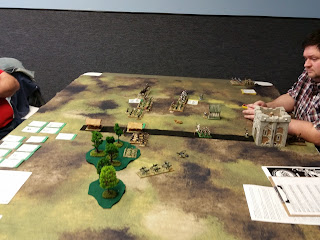 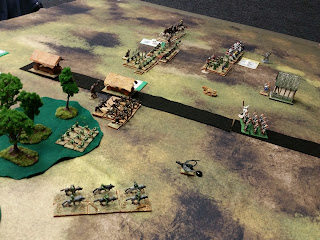 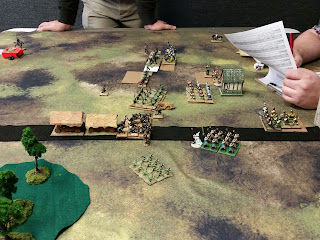 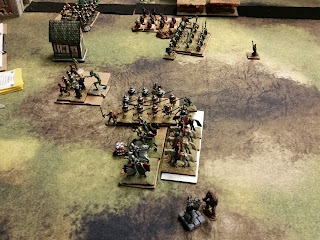 After nearly 4 hours of play, we had a great discussion on running games and what could make the scenario better. A lot of experience at that table and I was really glad to listen to it all.

I can't wait to get the Hirst Arts towers finished and build my gate and walls for the game in March.

Afterwards, we went to Lord Ashley's Pub and Eatery which is right next door - great little place to hang out and their food was excellent! 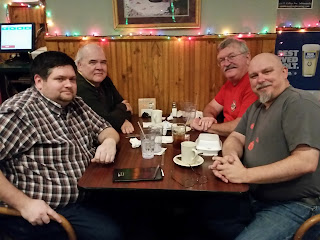 There was only one grey bear at the table though... mine dammit!
Labels: Chaos Wars wargames