Our Game Spaces are a Reflection of Us

Yea, this post is because of the revelations of abuse by former girlfriends Mandy, Vivka and Hannah of Zak Smith (Sabbath). If you haven't read them, go here and here.

This post is about privilege and the hue/cry I've seen about "Why does real life intrude on my game?!?"

That's because those two things have a lot in common, with these images: 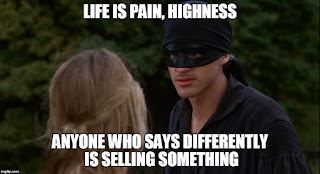 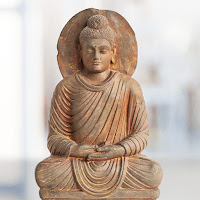 None of these accusations were a surprise. I've kept my distance from Zak since Porngate/TARGA exploded in 2010. I've watched his toxic attitude and behaviors and they were huge red flags for me.

Talk to women in your family. Go ahead. Have that conversation about if things have happened. In fact, DON'T talk, just listen. It'll make you sick. Sex and power and how that has been used and abused is a thread that runs through our history and who we are.

There's another meme I want to share with you before I take a deep dive:

The world is changing. #metoo #blacklivesmatter #occupywallstreet As someone who likes to read to learn, I've been reading a lot about how life changed in the 60s. The kids, the hippies, the changing attitudes towards civil liberties, sex, the government and life in general. I'm pretty sure I would have been a hippie, but I digress...

We're living similar changes now, only we're on the other side as the older generation. Our kids and grandkids don't give a fuck about things the way we give a fuck. They are shaping the world, just as we shaped the world in our youth.

So what are we, the older generation going to do?

So what does this have to do with Princess Bride and the Buddha?

One of the refrains I'm seeing on reddit, on Twitter, on the forums, podcasts and blogs is this idea of "I'm sick of this (real life stuff and/or politics) coming into my games!"

Well, I believe that those things have always been in our games, swirling around us.

As youth, we either didn't give a shit, or we were on the side of games. For my generation, it was Satanic Panic over D&D. We didn't care, but I'm pretty sure that there was the grognardly grumbling over it from folks who didn't like seeing the 70s gonzo feel get altered by TSR as they adapted to the market and their audience.

So now the world is changing. Change is painful. It's constant. Both the Princess Bride and the Buddha say the same thing - life is about pain. But how we deal with that pain says much about us. Pain is mandatory. Suffering is optional.

I get the call of seeing games as a refuge. As a place where we can avoid the pain of life. But for me, as a white heterosexual cismale in the middle class, I shit, breathe and eat privilege. This is what I got in life. And it's been my observation, anecdotal as it may be, that the vast majority of those grumbling about politics and real world intruding on games have a healthy amount of privilege -- and they don't like the pain!

Well... how we react to pain, to life, to events like these is how we show the values and character of who we are.

I believe that fervently.

I get that some of us don't want our games to focus on inclusivity, on being thoughtful and considerate of our presentations of our worlds because it's.. .well... painful to change. To let go of the things that we've done/had/lived for 30, 40, 50 years.

Life is pain. Adapt or die.

I believe those things.

Look, I don't focus on the fact that I have tons of same-sex couples as NPCs. I present the fact as normal in my games and I move on. My minis are colored with many different racial colors because that's the way it is, without prejudice or show. I've had transfolks, gay folks, abuse survivors at my table and I've kept to these rules: Your fun doesn't overshadow someone else's fun  and don't be an asshole at my table.

To me, this is just what it should be. Respect. Consideration. Awareness of the issues surrounding the people that come to my table.

Because people are affected by the world, just as they are affected by games. I would submit that there's a real truth that our RPG games are just as much of the story-telling, myth-relating tradition that we humans do with books, music, art, etc.. We might not be Plato, Chaucer, Shakespear at the table, but the things we do speak and reinforce things in our cultural DNA as much as the story of Gilgamesh does ... and there are threads that we all share!

I want my games to have the DNA of the values that I think are important. They are going to be political because we are political.

So these discussions are important. Because our niche of a niche has the same makeup as the real world.

There are abuse survivors.

There are wonderful people, assholes, trans folks, homosexual, conservative, liberal folks and they bring the best/worst to the table. We are sharing space and sharing who we are.

So I get it, it sucks that real life intrudes. Life is pain. The kids don't give a shit if we don't like #metoo or we support it fully. This is the way the world is going.

Adapt or die. Because life is pain, princess. It doesn't mean it has to hurt.
PS. I enforce Laura Antoniou's "porch rule" - this blog is my front porch. I welcome discussion! I even want disagreement, tell me I'm wrong! But if you're going to spew hate, bullshit or just being a troll, I'm going to delete your comments.

You want "free speech" - then go protest against the government, which is what the Constitution of the United States guarantees to the citizens of the USA. Otherwise, my blog, my front porch, my rules.