"I remember the morning they attacked. It was a quiet morning, nothin' much ever happens around Nyrana. So we was enjoyin' a cuppa hot hintea and suddenly horns are blarin' outside and all sorts o' ruckus. Gate guards yellin to CLOSE THE GATES! Well damnfire, those gates ain't been closed in twenty, thirty years 'r so... so we look out over the batt'ments and there they were... damn blue elves! All lined up along the road and bringing rams and that damn dragon and that creature they called a Kraken. Then they tol' us ta line up, we wuz gonna defend the city!"

On the 23rd day of Summer, 59 AD, the city of Nyranea came under attack by the Sea Elves. Unknown to humans before this day, the Sea Elves attacked in force with siege weapons, fell creatures and many troops armored in bronze and bearing dour weapons. Led by King Selatoth, they arrayed themselves in their traditional battle formation, with Selatoth himself leading the assault.

Believing their walls to be strong enough, and counting on the power of their bows, the Humans and Land Elves positioned an initial group along the battlements and pulled more troops inside the gates before the Sea Elves closed the gap. 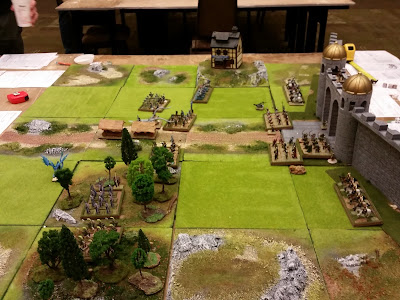 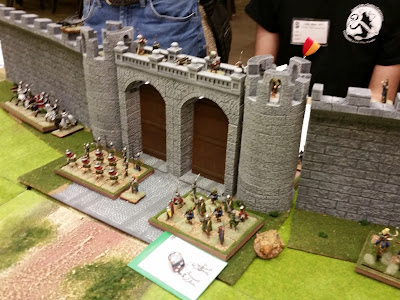 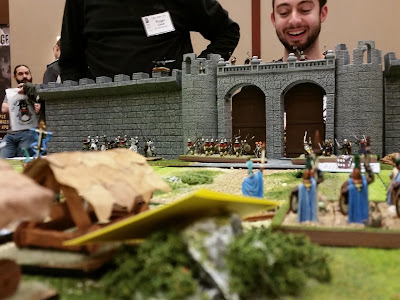 King Seletoth and the Sea Elves aggressively dashed down the road to get their battering rams in place before the Nyranean defenses, including catapults and bolt throwers could come to bear. Selatoth also sent a small force through the woods near Nyranea as a surprise flank. 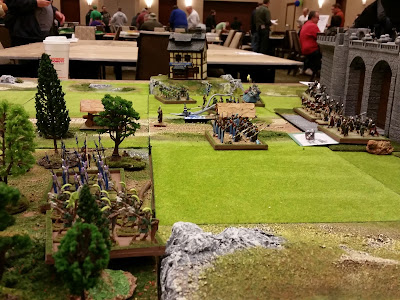 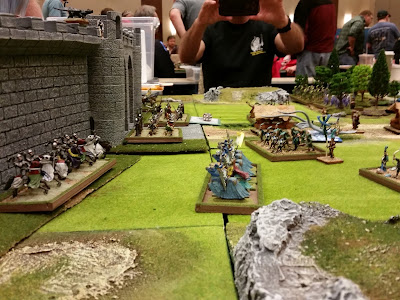 "O traitor and coward! Now comes justice to thee, as I challenge thee to a duel!"

The two combatants traded blows, and Selatoth drove Tyrel to his knees, the Land Elf's blood spilling from grievous wounds. Selatoth was only lightly injured. 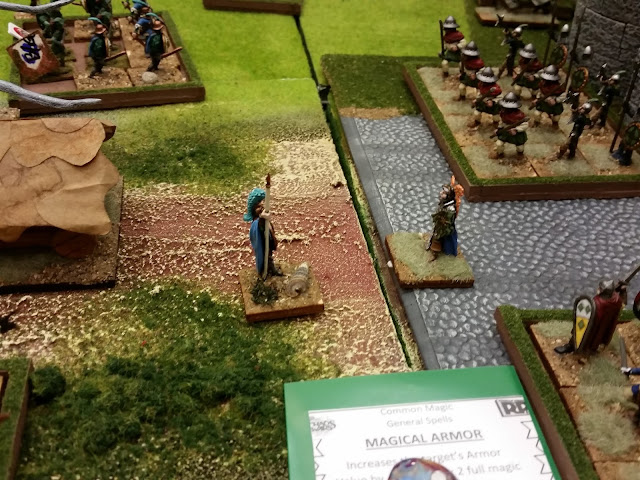 The battle then turned grim against the Humans and Land Elves. The Sea Elves routed the humans to the very walls of the city and the fearsome Kraken itself started pounding on the gates. The defenders fiercely fired volleys of arrows, huge bolts from their ballistae and rained stones down, finally destroying a battering ram as well as killing the Sea Elves mage, but the gate looked weakened. 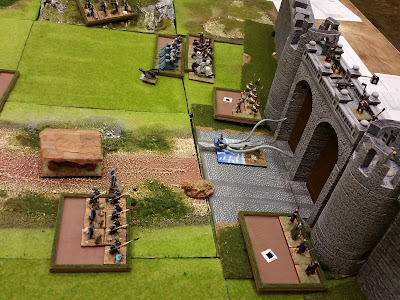 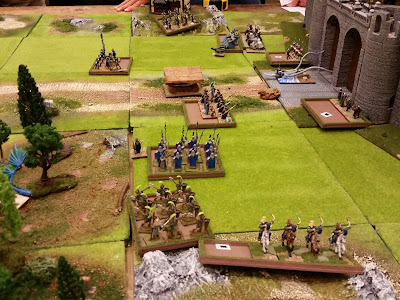 Then, the Marshal himself faced the Kraken and killed it in a fierce battle. The Elven mage Runiil weaved arcane power from Etherius iteslf and took command of a group of Sea Elves, turning them against their own battering ram! 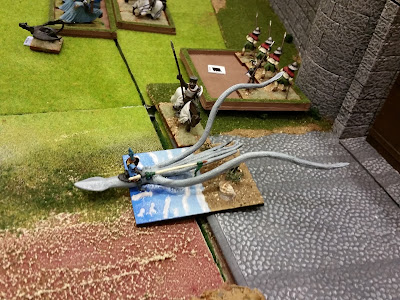 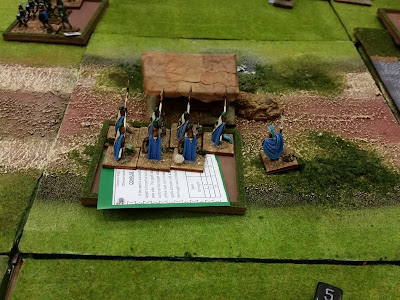 Furious at the counterattacks, King Selatoth retook command of his troops and pushed forward for a final assault, even bringing up his fearsome Sea Dragon, but it was driven off by the defenders with another volley of missile fire. The hour was late and the attack was spent. The Sea Elves had to be content with occupying an outlying village and contemplating a siege. 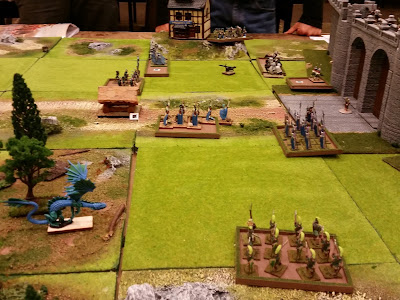 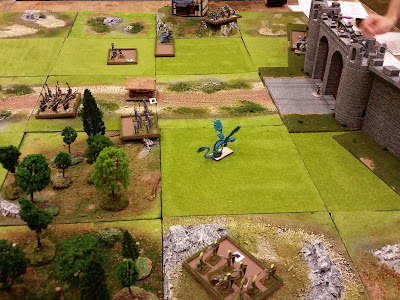 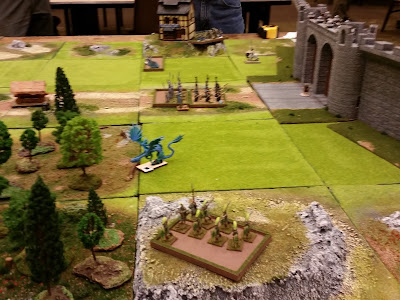 The battle ended with the Sea Elves clearly holding the advantage over the humans. The only Human/Land Elf troops to not be routed or destroyed were inside the city, as well as the Marshal. The Sea Elves will certainly lay siege to the city and with fresh troops coming from the oceans, the outlook is very grim for the Golden City of Nyrana!


I ran this game on Saturday at Little Wars. It took place in my Etinerra (formerly Dark Ages) campaign world. Nobody in my games knew about Sea Elves before today, and the look on two of my players' faces when I explained what happened was priceless! The effect of this sneak attack will ripple throughout the world and have some serious consequences! 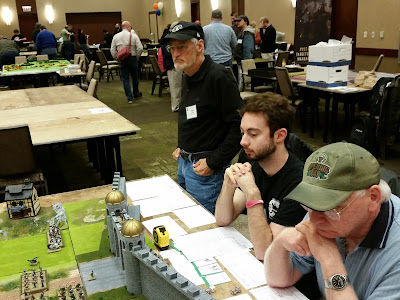 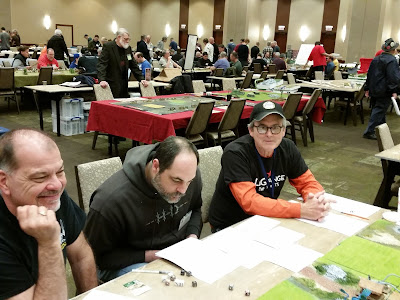 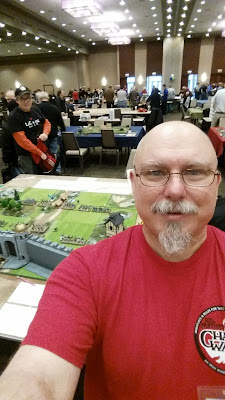