How I Build - Battering Ram

I have a number of wargames coming up next year that require some siege engines. I can find catapults and bolt-throwers a'plenty, but surprisingly , battering rams are sadly lacking. I found a 10mm one, and a very expensive model, but nothing in the 25/28mm range that I could get.

So... back to TheGoogle I go to see what else I could find. Lo and behold, the folks at Battleground Hobbies built one back in 2013 for Warhammer and blogged about it.

So, a quick trip to the hobby store to get some basswood, wood circles and craft sticks!

Rather than describe out the entire build, go check out the Battleground build for the steps. I'll go over how I differed from their build and key things I want to remember for the second one I build.

To start with, their dimensions were pretty huge! I've got a 25mm Ral Partha catapult and the Battleground's ram would be almost twice that size. So I cut most of the measurements in half - 2.5" x 1" frame, 1.25" legs on the A-frame, and so on.

In putting together the various pieces, I took a trick from The Terrain Tutor and weathered my pieces with a metal brush to cut in grooves into the wood, and shaved off the edges to make it look like hand-hewn timber versus machined timber. 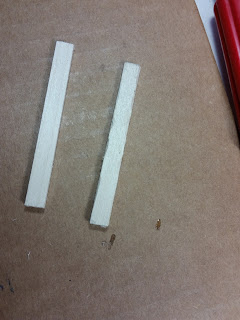 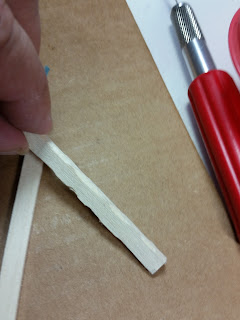 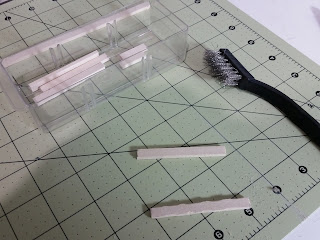 In putting together the carriage, I clipped some small pins and use them to give extra support to the corners. And they look good as is, metal bolts holding things together! 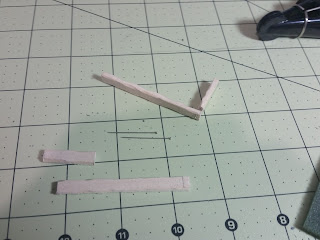 Then it was on to the A-frame, constructing that and then gluing it to the carriage frame. 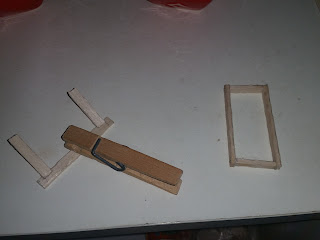 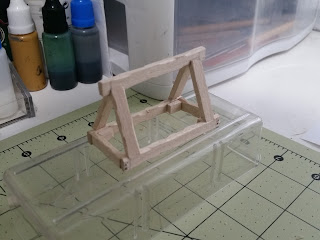 I prepped the wood discs (~ 1/2" diameter) with the same metal brush. I also made grooves in the wheels to look like planks that made them up (which ended up not being deep enough!), then drilled holes in them big enough for the toothpick axles. I clipped off the ends with diagonal cutters.

I also braced the corners where the axle would go with some small scrap pieces, just to give it extra support. 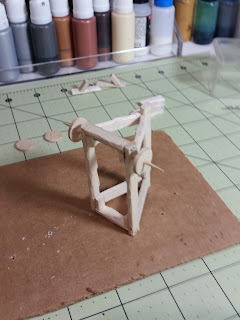 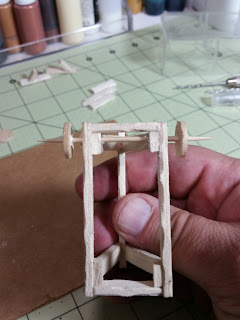 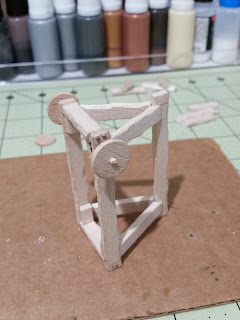 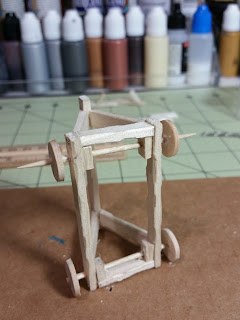 Then I attached the canopy supports and it was on to the ram! I don't have anything that could serve as a head, so I just carved the dowel to look good. I got some thread that looked rope-like and looped it around the ram. I used a drop of superglue to hold the thread in place. Once that was done, I attached the ram to the A-frame. More drops of super glue to keep everything in place. 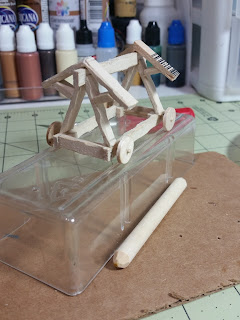 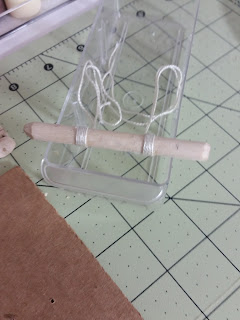 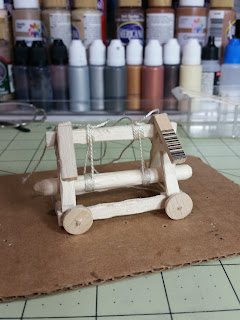 Then it was on to painting. I decided to use washes to color the wood, figuring it would give it a more natural look. It looks nice, but I'm not 100% convinced. Ah well, we're going with it, so here it is. I also saw that the wheel slats weren't showing up, so I tried a thin Sharpie to color them in. I'm "meh" about the results. But I'm pressing on! 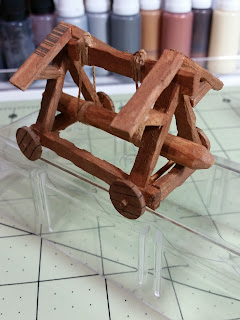 Starting on the canopy, first creating the two halves and then attaching them to the supports on the A-frame. 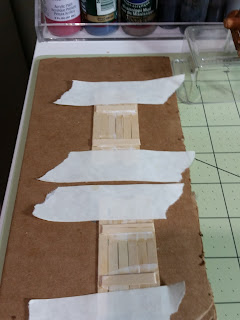 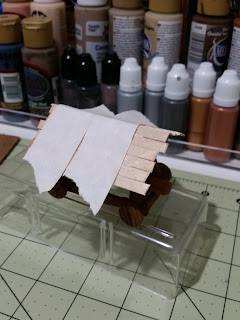 I created the "leather" coverings much as the Battleground blog laid out. I did have to put glue on canopy wood to get the paper to stick - and I had to reglue one back in place. Other than that, it went pretty much as the blog laid out. Using the washes to make the different colors is a great suggestion, but let the canopy dry about an hour or so, otherwise the wash ... washes out. 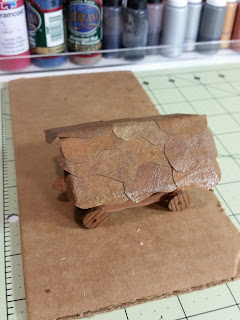 And the final result is... tada! 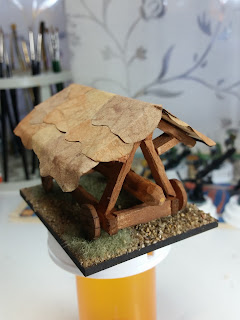 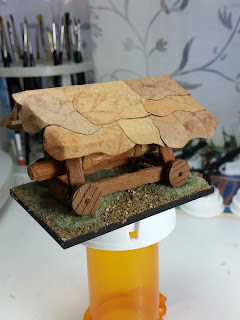 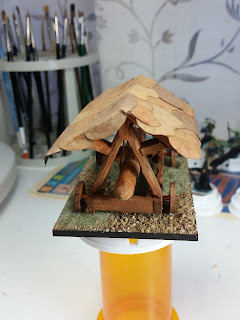 Here's what it looks like with Ral Partha 25mm figures next to it, and the other siege engine that I have, the catapult. Looks like the Bestials are set to bring some pain and cause a ruckus! 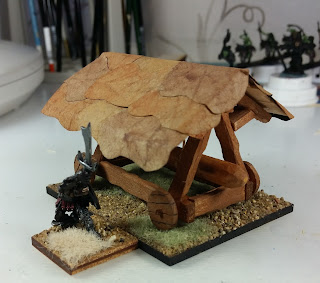 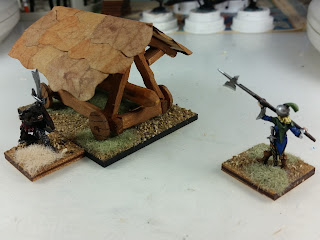 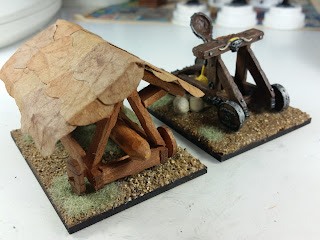 This ram's going to get a sibling real soon, with some lessons learned, on the wheel slats, deeper grooves in the wood, apply the darkest wash first to sink into the grooves and wait till the paper covering dries some before I push the wash on.

A kind soul on TheMiniaturesPage pointed me to two sources of battering rams in 25/28mm, which my GoogleFu did not turn up: