Last April, Iron Wind Metals launched a Kickstarter to revive the Chaos Wars line of miniatures and fantasy wargaming rules. Iron Wind (IWM), best know for their Battletech miniatures, formed from the ashes of the venerable Ral Partha company. They had a so-so experience from a previous Battletech Kickstarter, but the approach and dedication that the team showed for this experience seemed solid, so I went in.

The IWM team posted regular photos and updates on their Kickstarter, which was very nice. On December 23rd, they posted a simple update, showing the shipping of the rewards! So I was looking for this box in the next couple of days, given that I'm fairly close to Cincinnati Ohio, the headquarters for Iron Wind. And look what was on my front stoop this morning! 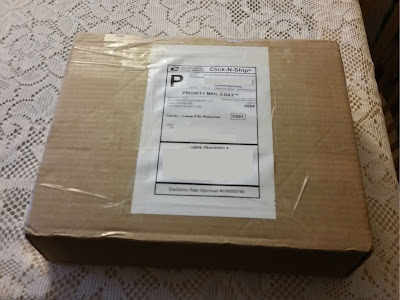 The Kickstarter came very well packed in a secure box. This is what greeted me - the rules! 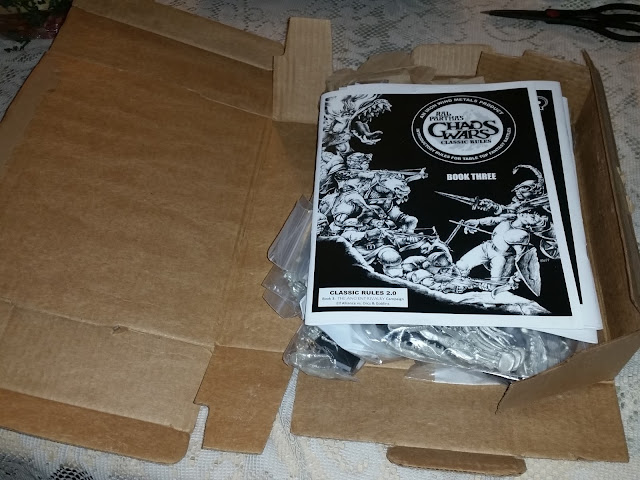 Here are the three rules books enclosed, plus spell cars and quick reference sheets. Tim Kask produced a module for the Kickstarter as a stretch goal. 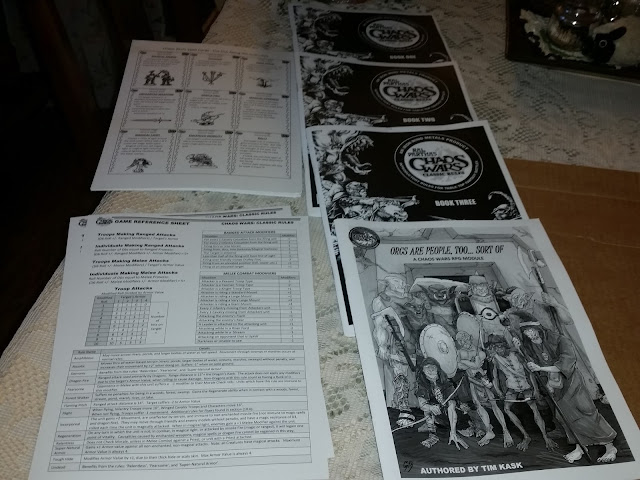 Here's the entire set of what I received for my pledge. That's what 150 odd miniatures looks like! Sea Elves, Orcs/Goblins, a catapult, various miscellaneous figures, the Kracken Cavalry (yea, they look awesome!) 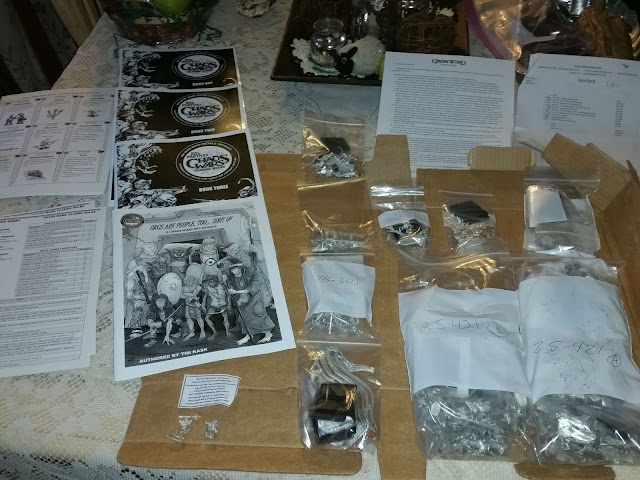 A special note and sample was included in backers' boxes - a Tom Meier and Julie Guthrie sample from the next planned 2016 Kickstarter. A skeleton by Guthrie and a dwarf by Meier. Fantastic! 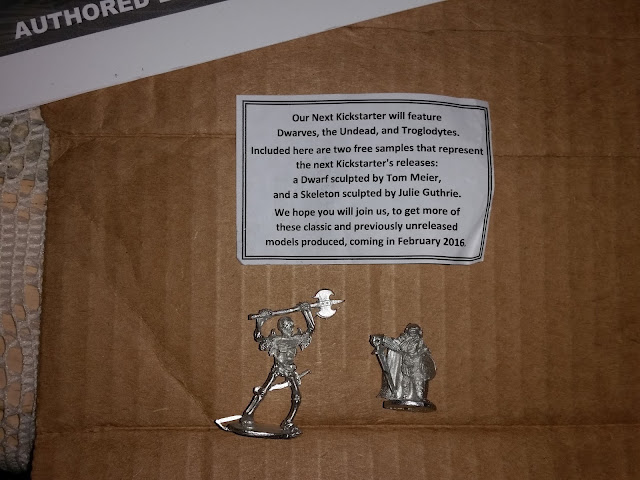 If there was an example of how to manage a wild and wooly Kickstarter with a myriad of stretch goals, add-ons, freebies and the madhouse of Kickstarter, this one was it. I don't mind telling you that I was very nervous about all the add-ons and stretch goals and I queried the IWM folks a few times to make sure they stayed on target... and they did. I'm very happy with this so far.

I'm going to open the packs in the next few days to see how the sculpts look from a flash, lines and detail standpoint, but just from looking at them through the bags, they look fucking awesome.

And now I have a ton of painting to do this winter. *tears of joy*