Back from a long weekend and I was drained today. I was thankful I had finished level 2 mapping the week prior and only had to key rooms, but the dice wanted to drive me nuts.

The treasure assortments from the Monster/Treasure Assortment modules can be a bit frustrating at times. I needed to roll a few of them, and the rolls were giving me crazy, but consistent results. Sometimes, the random results and I don't see eye-to-eye. There was a compromise of sorts - I grabbed an old random set of tables ("Miscellanium of Cinder") and rolled on a specific Treasure Type, as opposed to a series of rolls against M/TA. Similar crazy results! OK, OK, I gave in to the dice gods and recorded the results. The dice did throw me a bone with one result that made sense for the room I was populating.

I also took a popular D&D creature and ran it through the Random Esoteric Creature Generator to see how I could warp it. Heh. I'm going to be rather pleased if the players run into this sucker... it's nasty. It has annoying friends too.

And why did I choose to do that? Well, meet Creatonotos gangis. 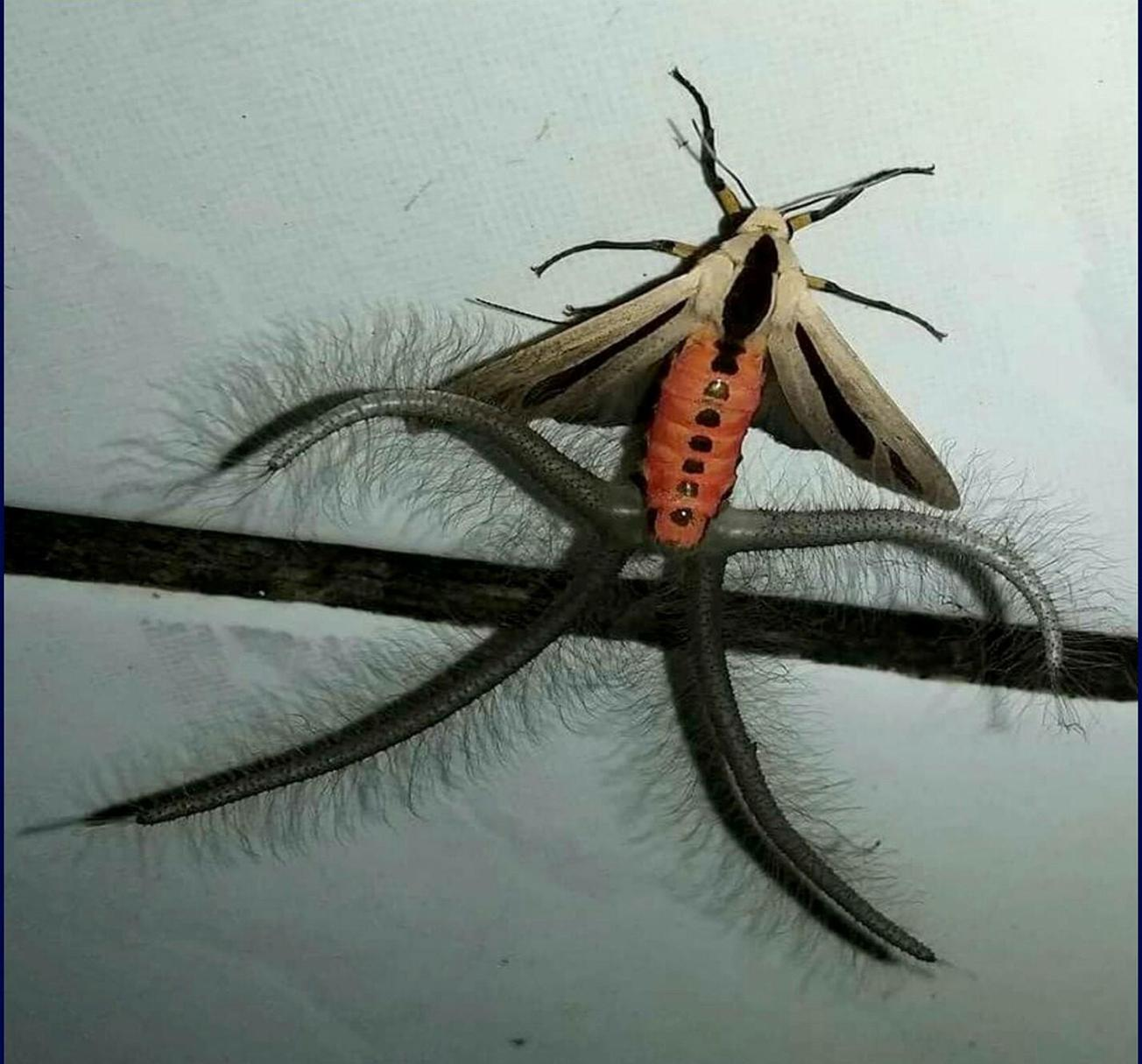 It's a species of arctiine moth in South East Asia and Australia, according to Wikipedia. Those tentacles? Those are scent glands, called coremata. They're used by male moths to attract mates. I ran into this picture the other day search for weird looking, real animals or insects and it's kinda stuck with me since.

See, players should share my nightmares. Ask my players from the Southern Seas about dolls...

Late start, my Dungeon23 time was delayed till evening time, lots going on at work that just sucked my time and energy away.

I completed the key for a sublevel - one room. I'm sticking with the theory that sublevels should be special in some way, significant or provide clues. This one should be fun as a trick/trap/clue. 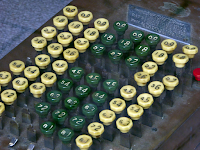 Part of my complete-the-level workflow is to total up the XP and treasure values and make sure they're within the expectations I have for the ratio of GP/XP. Level 2 has proven to be a challenge! I think for following levels, I'm going to keep a running total and keep that in mind as I populate monsters. One thing is for sure - level 2 is going to crank up the volume in a big way!

I don't know if the players will complete the level, or if they'll do deep dives. I mean, this is 80 rooms -- that's a lot of exploring. Will they follow some clue or idea, or will an NPC/monster negotiate something with them? There are factions at play here, so there's the possibility that they may get sent to level 2 early... or who knows!

I guess, tomorrow, I can work a bit more on the town of Oily Messe but by the weekend I'll be starting on level 3.

A fantasy dungeon has to have a fantasy town, right? Well... maybe. Probably not going to be what the players are expecting, though!

This is a prison island and the Black Maw, while the focus of a lot of attention, isn't the only thing on the island. Oily Messe, the town, is where most of the current "residents" of The Island reside. So there has to be some services, some resources and some personalities. But, with a twist, given the way things go in the Maw and on the island.

That was today's efforts - using the wonderful watabou city generator to make my town map and plugging in some more of the personalities and what is available in and around town.

And the genre of this town definitely isn't fantasy, no, it's going to draw inspiration from "boom towns" of the late 1800s/early 1900s across the Southwestern and Western United States.

It's definitely a lot of fun to suddenly shift genres and mindsets in my little creation here!

I had a chunk of time and devoted it to starting to flesh out level 3. Diagonal corridors and chambers will be the death of me, or at least of my eraser! I am also interpreting stairs to not always mean the next level, if I'm not happy with the result. Whether the players think they've descended or not, well, we'll see. 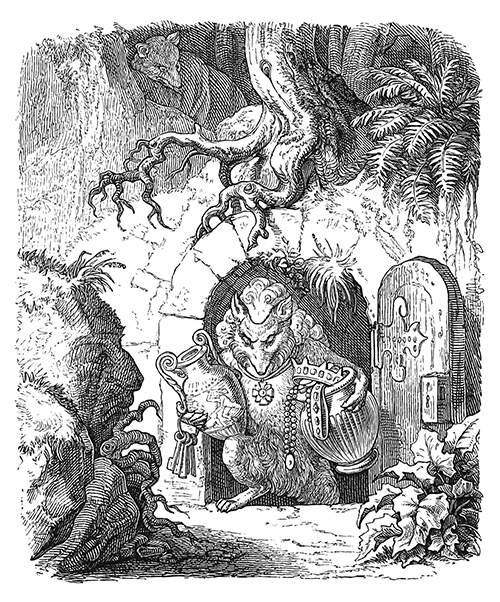 I'm taking a bit of a different approach to Level 3. The story that's been emerging with this dungeon gave me an idea that I want to implement in this level. So I'm generating the dungeon layout as before, but writing down the room contents on a separate piece of paper. So that I can mix/match/adjust before putting it into the journal.

I've also taken a different approach to treasure. I remembered and returned to my Swords & Wizardry days with how I generated treasure using the S&W rules. It follows along a bit better than the completely random and totally/possibly 0 results in gold for treasure. For rooms that are treasure only results, I'm still using the M/TA book, but for monster/treasure assortments, I'm using this tool:

If you want to dive into how S&W White Box approaches generating treasure, see the PDF here:

S&W:WB is the retroclone of OD&D, and I very much enjoy using it alongside my OD&D booklets. Use the tools that work!

I found yet another wonderful resource to help me along - a complete list of all OD&D monsters! This list was compiled by "waysoftheearth" over on the OD&D Proboards forum over the past decade or so, from the original booklets, the supplements and various articles from the magazines that were either OD&D related or the monsters within were specifically for "Dungeons & Dragons" (as opposed to AD&D).

Spreadsheet of all OD&D Monsters

I've done a bit of editing - adding a column for monster type and removing some of the entries that were duplicated (they listed additional powers given in the Eldritch Wizardry supplement, which I'm not planning on using right now).

This will be nice as the M/TA sometimes gives me results that I have to go to the AD&D Monster Manual for, and a spreadsheet with one place to look will be nice! I'll still glance at my Fiend Folio though... just 'cause. 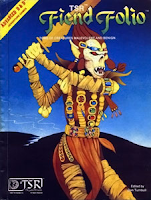 As far as my dungeon, added 10 or so rooms, figured out which ones have interesting things in them. Had a "woof, that's gonna hurt" monster result... it's one of those creatures where you just know that this may not end well. 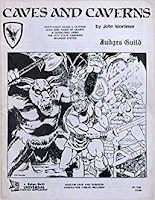 Took a break from the normal AD&D dungeon generation to check out the copy of the Judges Guild "Caves and Caverns" supplement. Printed in 1982, on that lovely nearly-newsprint paper that JG's products were known for, it has 2 pages of a random generator for, well, caves and caverns. A few pages of random monsters for occupied caverns, then 47 pages of hex maps of cave systems.

I found the maps to be, well, not immediately useful for what I needed, so I grabbed some graph paper and got familiar with how the random generator would work. It was a bit rough, but gave me a good start on what I ended up putting into Level 3 for my "big idea." There are some gaps, such as what is the difference between a "cavern" and "vault"? It's not explained or defined, so I ruled that a cavern can have exits, while a vault does not.)

In the end, with using a couple of charts/prompts from the AD&D Appendix A, I was able to use the JG Caves and Caverns, but well... it was different, but a little rough around the edges. Still, it gave me a nice little area for level 3 which I think the players may enjoy!

Hm, reading the wikipedia entry for this supplement, seems I'm not the only one who found it a bit lacking:

Kelly Grimes reviewed Caves and Caverns in The Space Gamer No. 60. Grimes commented that "it would be wise to pass this one by. This is simply too much to pay for a very incomplete product unless you are simply desperate for hex maps."(from here: https://en.wikipedia.org/wiki/Caves_and_Caverns)

So ends my sixth week, almost at the end of January and I'm within sight of the end of level 3! I've breached the 200 room mark in Level 3, but I have a feeling it will not reach 60 rooms.