GenCon 50 is over and it was, in a nutshell, crazy awesome and freakin' overwhelming. 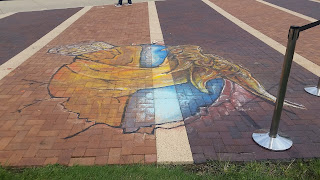 The area was ginormous. The gaming hall was huge as in, it took serious minutes to get from one end to the other.

I finally got to meet Joe Wetzel of Inkwell Ideas - he's as cool in person as he is on the Internets. Good to meet ya, Joe! I also snuck in to see Michael Curtis and Jon Hershberger at the Goodman Games booths. I had a fun lunch with Philippe of the old ChattyDM blog. That was about it for rubbing elbows, because I had games to run and things to do! 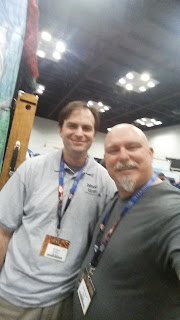 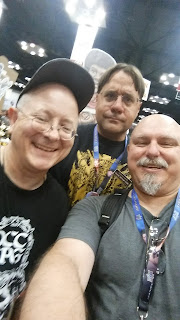 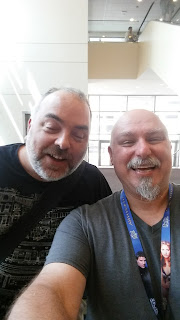 The vendor area was, to my untrained eye, just as big, and the crush of people that were there was overwhelming! I overloaded quickly on each of my quick forays into the vendor area. That may have helped me keep to my budget of $100 for games. I picked up a copy of Academy Game's very fun 1775 after playing it. 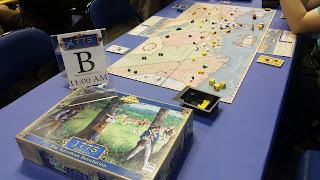 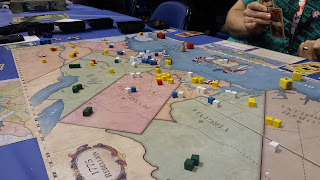 1775 was the only game I played at GenCon and it was a great game! Very easy to grasp the concepts. The goal is to end the game in control of the most colonies/territories. At first, it wasn't much fun on the American side as the British were coming in force and they kept getting serious reinforcements and warships. However, my fellow American player and I figured out how to get the southern colonies to our side and the game literally came down to the last roll of the dice to see who won! The British did, dammit, but it was a fun time.

The rest of my non-GM'ing time was spent in miniatures classes. I enjoyed every class very much! I not only got tips on how to get better, but I realized that my painting skills are pretty good! I'm doing the things that the pros do, but I make the choice not to spend that extra amount of time to get them to really awesome. Based on the things I learned, that is going to change.

The terrain class was great too. I appreciated having the time to just focus on making things and being away from all the trays of minis waiting to be painted. I walked away with five pieces of terrain and lots of notes - can't beat that! 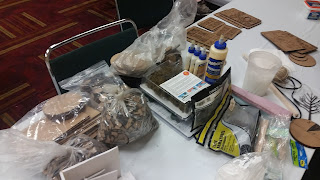 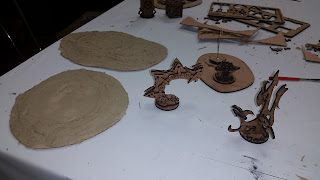 I hosted two games of Chaos Wars as part of the Ral Partha demo team. I recreated the Bestial attack on the fortress of Arcpoint from my campaign. Both games were fully attended, even as a four hour game. The last game saw the Orc warriors finally score a decisive victory, as they breached the gate! 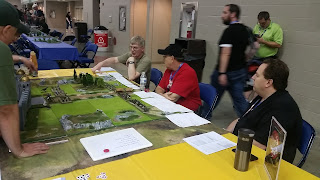 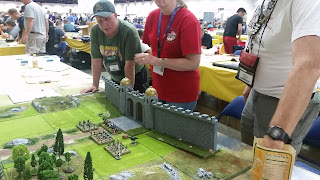 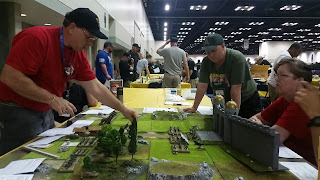 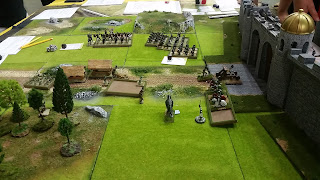 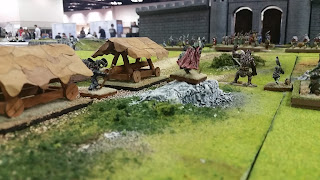 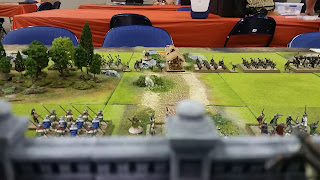 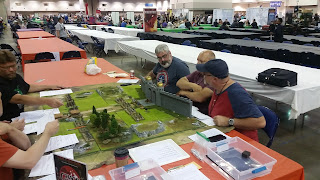 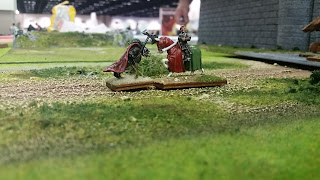 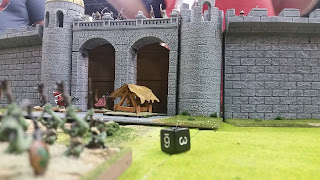 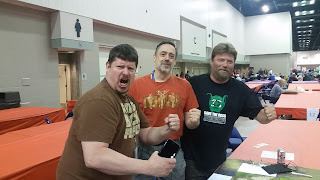 The other game has become something that I really enjoy doing - running AD&D on Saturday night to run late. For GenCon, I ran 5 hours of rockin' and rollin' AD&D for ten - yes TEN - players. A scenario from my campaign world, and those players did everything they could to stay alive! From avoiding traps, to escaping TWICE from being imprisoned. Only 1 PC fatality throughout the game, but at the end, they declined to face the BBEG - a god-like Dark One! (They did, as good AD&D players, kill the turn-coat for her earlier crimes at the end of the game, so there's that...) 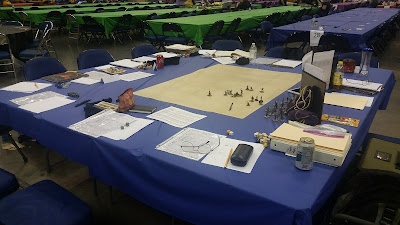 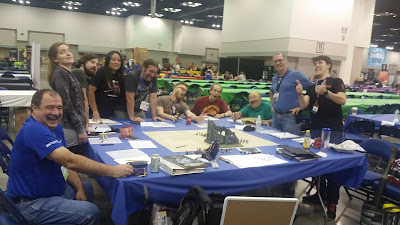 The highest praise I could get from this game was the older players who said "This was exactly like it was when I was playing AD&D a long time ago!" and from the completely-new-to-AD&D young man who had a blast! This is why I continue to run AD&D ... it might have it's weird parts, but it works really well and it's the D&D that I love to run.

So that was my experience at the 50th GenCon. It was huge, it was expensive, it was fun, it was worth it all.

If you'd like to see all the photos - here are links to the albums: