Something different - thoughts on the Mass Effect games

Having never played Mass Effect before, I just finished my binge of #1 - 3 today. I'm having similar to feels to how I do when I finish a great series of books - withdrawal and introspection.  (Spoilers follow) 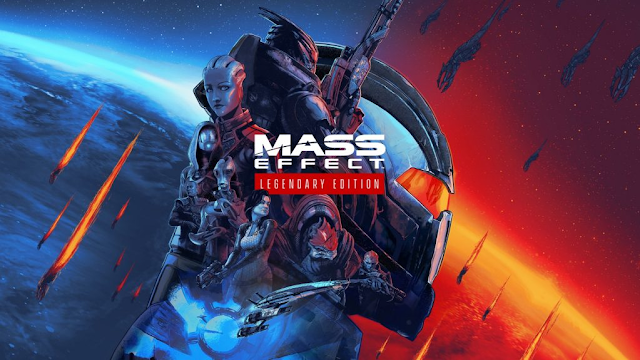 I had enough "war points" that I could do all three endings, but not quite enough to get the secret ending, but I watched that on YT, so I'm satisfied. I copied my save folder at the decision point so I didn't have to replay the last 30 min two more times.

If you've never played the series, get the Legendary Edition. (It may still be free on Prime Gaming). It's a very cool series and if you're like me and just interested in story, you can set difficulty to where it's mainly about narrative, combat is set to super easy.

If you're a gamemaster/DM type, there are a ton of things to mine from this game. The world building in this series is amazingly intense. I found myself going back to the codex even after the games were over, just to learn more details.

I can see where the (slight) criticism of Enderal (a Skyrim total conversion) comes from - it clearly took 99% of its cues from Mass Effect - but that's awesome! A fantasy take on ME's major plot. That take makes me appreciate Enderal even more, because they did an awesome job of saying "How would this play out in a fantasy universe?"

I may play Mass Effect Andromeda. It gets a ton of bad press, but I'm also the guy who liked Promethius, the last 3 Star Wars films and all the new Treks. If it takes me away for awhile, and entertains me, I usually appreciate it.

IMO, the ending I least liked was "Control." That may have been Illus. Man's way, but it didn't "feel" like the Shepard that grew in my head. He was about free will and the chance for all to grow on their own.

I'm torn between "Destroy" and "Synthesis". I could see where Synth is a possible direction, it's the "best of both worlds" but after seeing what happened with Indoctrination, I'm not sold. I enjoyed the visuals and seeing how happy EDI and Joker are, but I also wonder "How long would that peace last?"

Also, after all that struggle, all those decisions and effort to protect life, would Shepard choose to change life so radically, in as intrusive a way as the Salarians/Turians intruded on Krogan life? I don't know. I'm not convinced.

Which brings me to "Destroy" - wow. Killing the geth. Killing EDI. Killing Shepard himself, most likely. He'd proved he could make those decisions at Bahak when the batarian colony was wiped out in the mass relay explosion. He would make those life/death choices...

... but the entire geth species? I'm not convinced of that either. However, the Shepard in my head tends towards this solution for the fact that out of all the paths, this one speaks most to free will for the most lives. It's a terrible choice and price.

I like that in the end, there is no neat/easy choice. Each choice comes with price, comes with cost and comes with moral questions that I'm going to be chewing on for days. It's a great series and a great platform to feel through these.

Any guesses on who my romantic choice was?